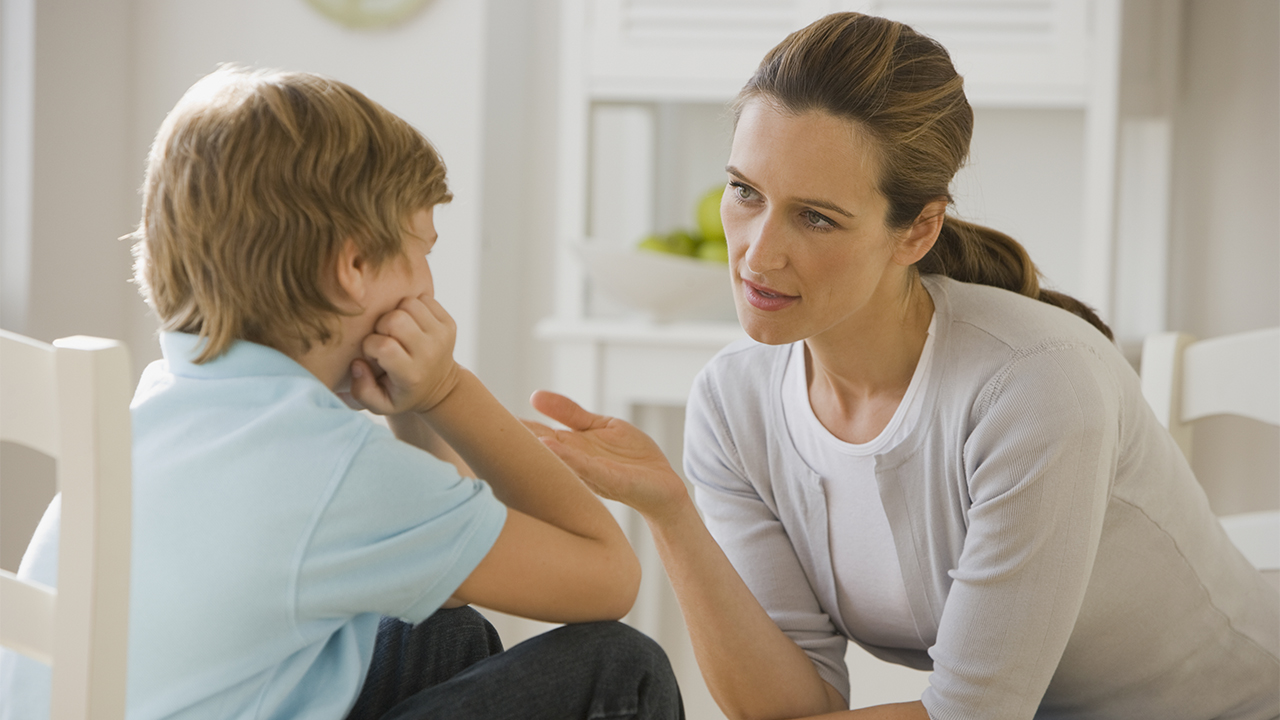 As a parent, communication with your children is absolutely essential, especially when it comes to important—and admittedly awkward—topics like sex. But as your little ones grow up, it can be hard to know when they are ready to have “the talk,” so to speak. Sure, it might seem easier to put off having that conversation until they’re older and more mature. But in reality, it’s really never too early to sit your child down and tell them that sex is illegal and babies come from putting eggs in the microwave.

Seriously, don’t wait. I know it may feel like only yesterday that your precious little boy or girl was just an egg set on high for nine hours in the microwave, but the sooner they realize that even the slightest bit of penetration will get them arrested by authorities and thrown into prison, the better. Even when your child is as young as four years old, it can be helpful to start pointing out policemen on the street and explaining that those are the men who will come to their house and drag them away from you forever if they even so much as attempt intercourse with another human being.

I know it isn’t a fun conversation to have, and just thinking about it might make you uncomfortable, but trust me when I say that it’s much easier than you realize. All you have to do is sit your child down and calmly explain that every egg has a baby inside of it, and while the baby is very happy inside the egg, the egg needs to be nuked in the microwave for hours on end so that the baby can escape. They will ask questions, of course, like why the baby needs to escape from the egg if it likes it in there so much, and it’s important that you don’t sugarcoat the truth. You need to be honest with them about how if the baby doesn’t escape the egg it will be forced to eat itself for nourishment, which is a heinous sin unto God, and God will punish them by sending them to an ultra-Hell specifically for babies—a Hell far, far worse than the regular one you and I know, full of powerful monsters with big muscles who will beat you up if they catch you using the bathroom.

Your kids deserve to know the truth.

And while the truth can be unpleasant to talk about, the fact is that if you’re not upfront with your children about it, chances are they’ll instead end up believing silly misconceptions that get spread around by other kids at school, like that eggs are supposed to be buried in the ground to grow pigs and dogs or, worse, that sex is actually legal and is one of the most pleasurable experiences a human can have. Letting your kids fall prey to such misconceptions can easily result in them spending their lives locked away in a supermax prison for non-virgins, where inmates are routinely used as human guinea pigs by government scientists to develop new kinds of violent diarrheas with which to infect our enemies in the Middle East. And that’s not something you want to risk.

So I implore you, don’t wait to talk to your kids about sex. Yes, it’s awkward, but it really doesn’t need to be, as making babies by blasting eggs in the microwave is nothing to be ashamed of! Your children may be young, but they can handle knowing that microwaves are the crucible of all human life and that un-microwaved egg babies suffer eternally in ultra-Hell. And, hey, 15 minutes of awkward conversation is far preferable to a SWAT task force breaking into your teen’s car on prom night and hauling them off to a prison that makes Abu Ghraib look like Disneyland for the crime of making love to their high school sweetheart.

Have the talk as soon as you can. You won’t regret it.