Jesus, Calm Down: The Quizzly Bears Just Looked Up What #5 Was After Handing In Their Bar Trivia Sheet And Are Now Weeping And Wailing With Grief 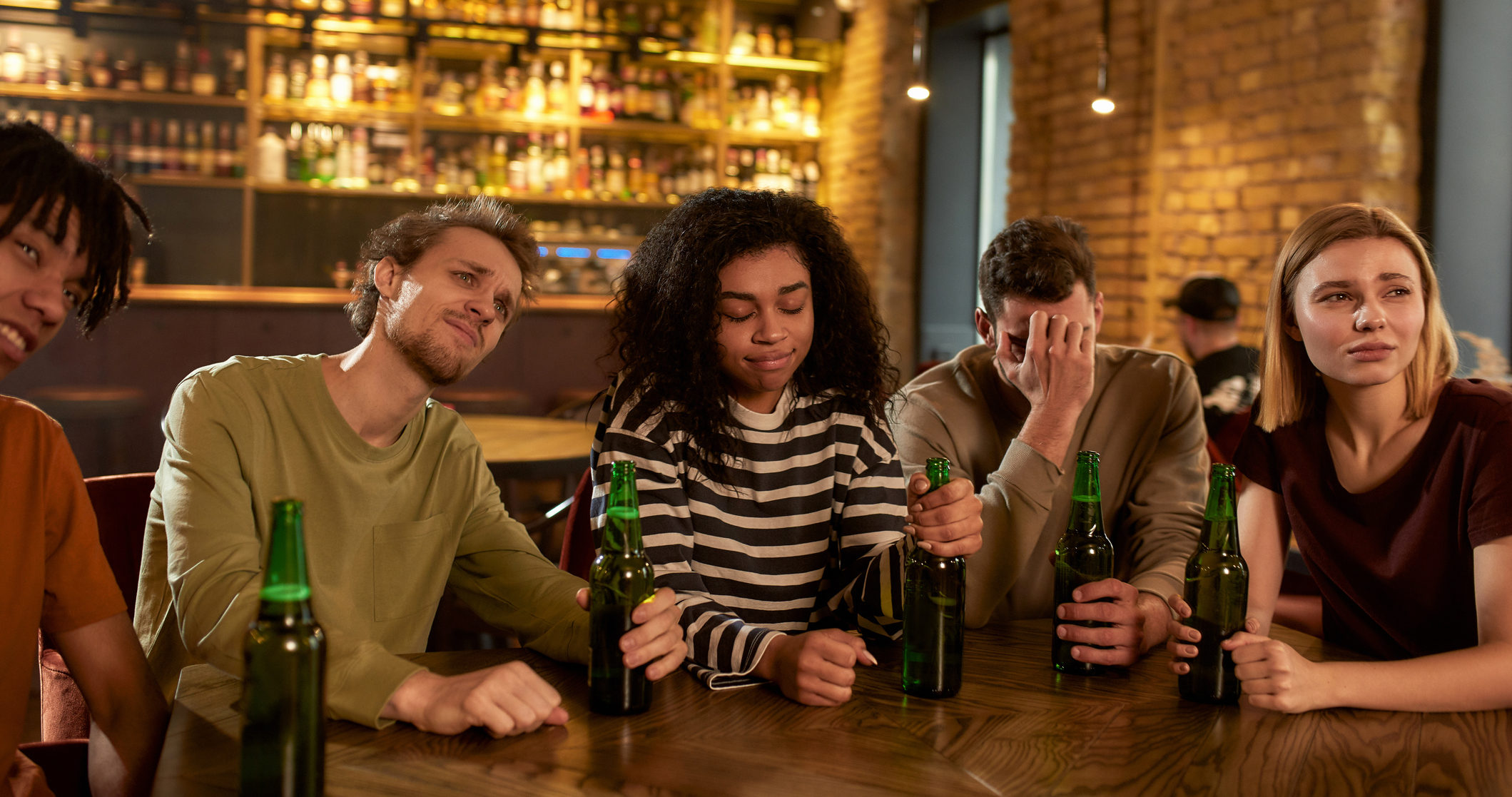 Bar trivia can certainly be high stakes, especially when there’s prize money involved, but even so, there’s no excuse for the absolutely pitiful scene going down at Morton’s Lodge in Madison, Wisconsin right now: The Quizzy Bears just looked up what #5 was after handing in their bar trivia sheet and are now weeping and wailing with grief.

Jesus Christ. These nerds need to calm the fuck down.

The Quizzly Bears, a six-person friend group who are regulars at Morton’s Lodge’s Tuesday Night Trivia Extravaganza, were brimming with smug confidence when they handed off their answer sheet to the host just minutes ago. That is, until they realized they wrote down “silk” instead of “tin” for a question about the traditional name of the tenth wedding anniversary, a revelation that sent each and every dweeb in the group into paroxysms of grief that can be seen and heard throughout the bar. As soon as the Google results populated on the phone they were using to desperately check their answers, the Quizzly Bears let out a collective moan of despair, which soon gave way to anger and gnashing of teeth as the team members began shouting “I knew it was tin, I just second guessed it!” and “Goddammit, I literally had that on the tip of my tongue!” The team members are now utterly inconsolable over the fact that their four-week streak of top three finishes has been broken—and even worse, they won’t be able to redeem themselves next week since they all bought tickets to go see Dune together.

Woof. The Quizzly Bears are a hot mess.

Perhaps most distraught is the guy who suggested that he thought he’d heard something about the silk anniversary on Everybody Loves Raymond one time, as he is now sitting off alone in the corner, head down in shame, glumly sipping his $7 Blue Moon to drown his woes. And across from him, fighting to suppress her fury, is the girl who quietly (and correctly!) suggested “tin” but was ignored by her teammates in favor of the other guy’s more confident guess, fuming as she silently confirms her suspicion that she is in fact much smarter and better at trivia than him, and that his unfounded hubris cost the Quizzly Bears both the match and their very dignity.

Sheesh, the Quizzly Bears are straight-up acting like a family member died—they’re not even bothering to claim their runner-up prize of a free appetizer!

Given how emotionally devastated their failure has left them, it’d probably be best for the Quizzly Bears to take a couple months off of bar trivia to cool down a bit, but it doesn’t seem like that’ll happen. They’re already talking about their “comeback game” in two weeks, and there’s no doubt that if it doesn’t go well, another pathetic display like this one will ensue. Jesus, Quizzly Bears! Get a life!