Jumping The Gun: Three Couples In Their 60s Are Already On The Dance Floor At This Wedding Even Though No Music Is Playing And The Best Man Is Still Making His Speech 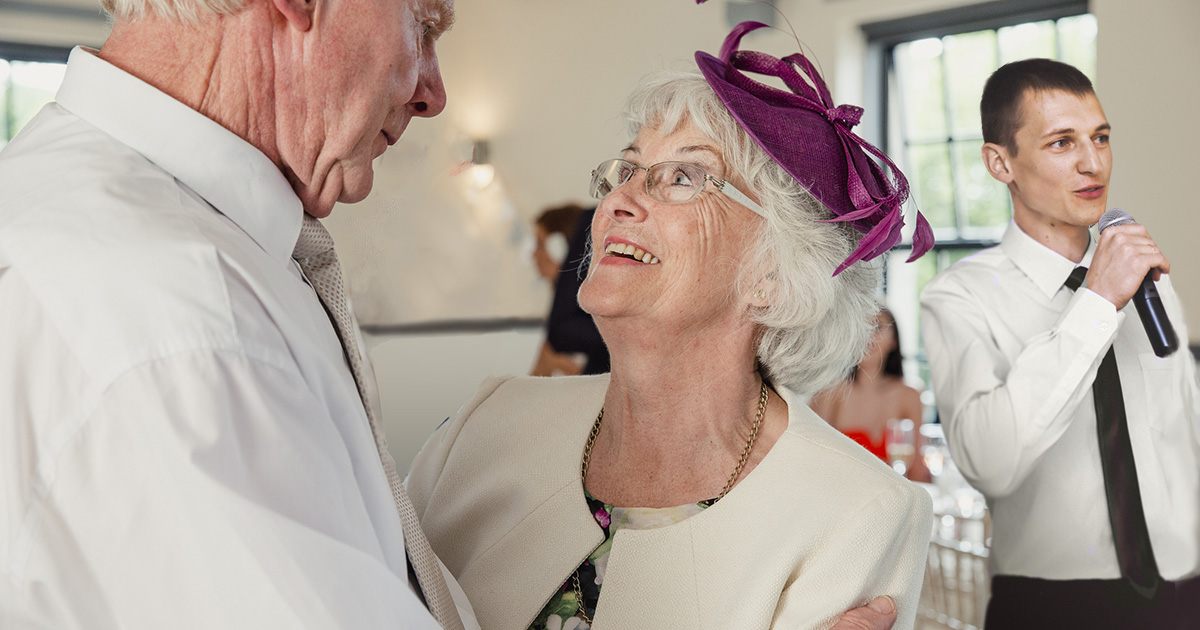 It’s no secret that older people take to the wedding dance floor the very second they get the chance, but some guests at this wedding in Alexandria, VA seem to be really, really jumping the gun: Three couples in their 60s are already on the dance floor at this wedding even though no music is playing and the best man is still making his speech.

Relax, people. You’re gonna get to dance. Just give it some time.

From the moment George and Maria Hernandez’s wedding reception began, it was clear that a few of the guests were getting pretty antsy to hit the dance floor, as several older couples from both the bride and groom’s families were seen tapping their toes throughout the entire meal. As soon as these couples finished eating, the men loosened their ties and the women kicked off their heels, and they then hopped up and started doing that move where they hold hands and just sort of tug alternatively on each other’s arms despite the fact that George’s brother had only just begun his best man speech and the DJ was away from his turntables getting food at the buffet.

Although no music has been playing whatsoever, the couples—tipsy on vodka cranberries and Michelob ULTRA—appear totally unfazed, and one uncle even seems to be mouthing the lyrics to “Boogie Shoes” while he and his wife flail their arms and shuffle side-to-side, completely ignoring the moving story George’s brother is telling about how he always wanted to be just like George growing up. Worse still, the couples have now started doing the Macarena, even though there are at least two hours left until the DJ will play that song, and at least 15 minutes left until the DJ plays any song.

C’mon, guys. Sure, there aren’t many places a 60-year-old can go out dancing, but just try to control yourselves a little while longer. Yes, dancing is fun, but that doesn’t mean that the newlyweds should have to do their first dance while friends of their parents that they barely know clumsily do the Cha-Cha Slide right next to them.

Though the couples’ behavior is definitely annoying, it’s still somehow preferable to that of the people in their 80’s who will spend the entire night seated at their table while looking absolutely miserable and complaining about how the venue’s air conditioning is too cold. Here’s hoping that all of these obnoxious guests will at least each gift the newlyweds a sizable check to make up for their out-of-control behavior.