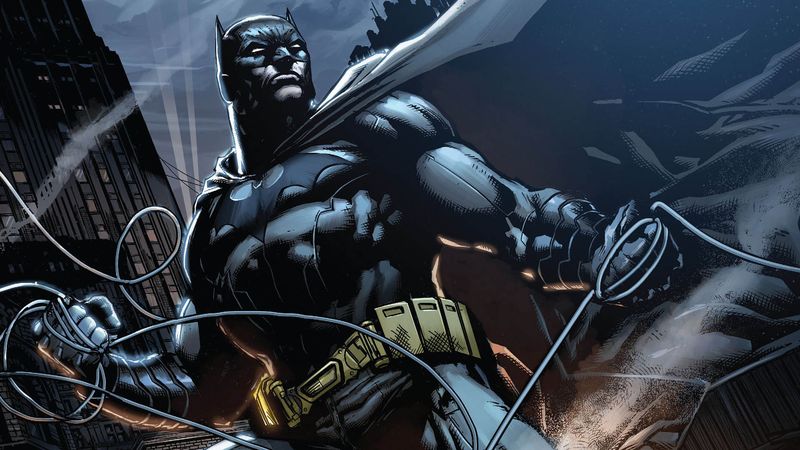 So I’ve been coming up with Batman ideas for a very long time. I’ve got so many Batman ideas, but I’m not doing anything with them myself. I thought I should collect all my good Batman ideas and put them somewhere the guys who make Batman could maybe read them and use them. If these people are seeing this post and like my Batman ideas, go ahead and use them in Batman movies or comics or whatever. Okay, here we go:

Batman gets his arm cut off and then has to learn to be the best at doing everything with one arm. I think Batman is ambidextrous, so it shouldn’t matter which arm.

We could see Batman using a batarang to shave. Maybe he nicks himself and doesn’t even wince.

Scarecrow releases a gas over Gotham that makes everyone rude and verbally nasty toward Batman.

Someone traps Batman in a prison where all the prisoners dress like Batman and claim to be Batman so he can’t convince the guards to let him out on the basis of being Batman.

Why not let Stephen King make Batman for a little while?

Batman finally gets his teeth removed so no one can see them glint in the dark.

The Batmobile should go through more wheat fields, I think.

Here are all my good ideas for gadgets:

A batarang that distracts people by yelling like a guy

A batarang you can only see with night vision

A grappling hook that also pulls out teeth

Trained crow (extra smart and knows to be quiet)

I can probably think of more gadgets if the people who make Batman are reading this and like the direction these are going in, but not these specifically. Now, here are some more Batman ideas in general:

Batman does a bullfight.

Scarecrow releases a gas over Gotham that makes everyone think they’re Batman, and it turns out some people are very well-prepared to be Batman.

In The Dark Knight, Two-Face should have had two guns.

At one point, a thug could be like, “Aren’t you going to break my arm?” and Batman could say, “I already did,” and the guy looks down and his arm is broken without him even having noticed, and when he looks back up, Batman’s gone. This would excite anyone.

Batman could wink at the reader just once to show that he’s known they’re there this whole time.

Here’s a thought I just had: It’s that the people who make Spider-Man might also be reading this, or maybe they know the guys who make Batman. Either way, here are a few of my good Spider-Man ideas. I don’t have as many as Batman ideas, but I don’t mind:

Spider-Man does one of those really high Red Bull jumps.

Spider-Man’s dentist notices that his teeth are all beat up, and Spider-Man claims it’s from a roller coaster accident so the dentist doesn’t think he’s Spider-Man, but the dentist has his suspicions, and maybe later he becomes a dental-inspired villain.

Spider-Man fires his web at a bird and swings from it. It’d probably have to be something big like a condor though.

Okay, that’s it for Spider-Man. Here are all my good ideas for names of new Batman villains:

A guy who touches you and then he controls your bones. Forever?

A tall woman with a secret

I thought of these ones just now, if the people who do Batman have stuck around.

The Joker gets trapped in the back of a police car and Batman has to decide whether to let him out.

If Batman does a bullfight, he could wear a red cape or use spray paint from his belt to make his cape red.

Scarecrow releases a gas over Gotham that makes everyone illiterate, and the city descends into chaos.

If Batman gets his teeth removed, he should keep them and make them dentures to be Bruce Wayne with.

Batman survives electrocution, but it changes his personality and now he’s a big-time Christian.

Those are all of my good Batman ideas. I hope the people in charge of doing Batman read this, or else it really was for nothing because no one else is really in a place to do anything with these ideas. I don’t need any money for any of these because I am independently wealthy. Thanks.