Just Like Us: This Chimpanzee Shot Himself In The Head After The IRS Uncovered His Tax Fraud Scheme 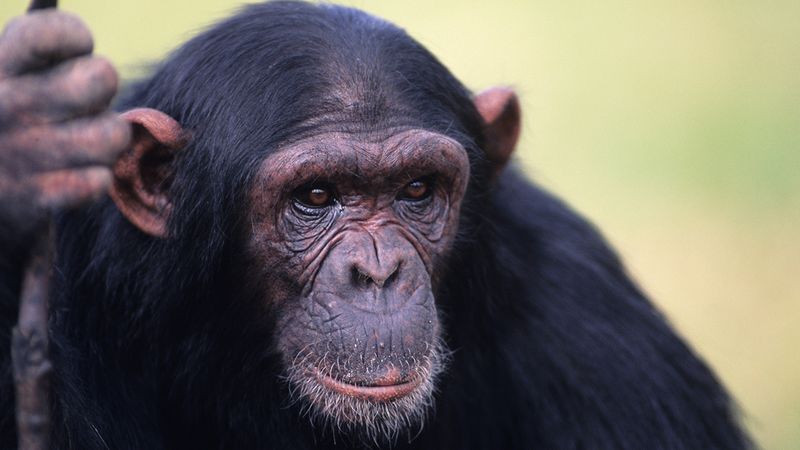 Pretty much everyone knows that chimpanzees are humans’ closest living relatives, but sometimes it’s easy to forget just how similar to us they are. Not only do they share a lot of physical traits with humans, but they’re also strikingly similar in their feelings and how they respond to emotions. And there’s probably no better proof of that than this chimpanzee named Banjo, who, after learning that the IRS had uncovered his tax fraud scheme, ended his life with a gunshot to the head.

Like many small-time swindlers you might hear about in the human world, Banjo had been making tens of thousands of dollars a year stealing Social Security numbers from nursing-home residents and filing bogus tax returns under their names so he could cash their refunds. However, when his shaky penmanship and occasionally shit-smeared forms eventually triggered an IRS investigation into his assets, this primate incredibly intuited that his life was on the brink of ruin. So, just like so many of his Homo sapien counterparts who find themselves at the end of their rope, Banjo put the barrel of a .357 Magnum revolver in his mouth and blew his brains out.

In the moments leading up to the fatal gunshot, Banjo also exhibited a number of other remarkably human-like behaviors. Witnesses say he was walking upright and pacing back and forth in the manner of a human in distress, occasionally pausing to smash his face into the wall. Further, just before pulling the trigger, he distributed his most valuable belongings (a shiny rock, a chewed-up Cabbage Patch doll, and a tire) to his mate, Muffin, similar to how humans who are real deep in the shit bequeath their estates to loved ones before ending it all.

“Everything about Banjo’s dramatic final actions is startlingly human-like, from his panicked social response to the IRS’ scrutiny to his desperate and aggressive behavior when faced with repercussions,” said primatologist Leland Krohn of Stanford University. “Especially impressive was how he was able to intelligently operate a tool to kill himself. That’s something you won’t find almost anywhere else in the animal kingdom.”

Krohn and her colleagues are also quick to point out that while Banjo’s amazing actions suggest a surprising intelligence, he is still a wild animal. Banjo’s crude and poorly worded suicide letter just reads, “Banjo in over head”—far inferior to a human’s note, which would seek to justify his or her crimes and wax poetic about being a good person who made some bad decisions. Krohn also points to the fact that Banjo ate a good portion of the $95,000 in cash he scammed seniors out of instead of spending it on gambling, sports cars, and sex as the more evolved Homo sapien would have.

Human ancestors may have diverged from chimpanzees 4 million years ago, but incredible animals like Banjo the chimp blowing his brains out because the IRS was about to slam him for tax fraud remind us that we’re not as different as we think. It’s always amazing to see just how much resemblance we have to our closest animal relatives. Science FTW!