Just The Once Was Fine, Ozzy: Ozzy Osbourne Has Been Unsuccessfully Attempting To Bite The Head Off A Toyota Corolla Car Seat On Instagram Live For The Last Six Hours 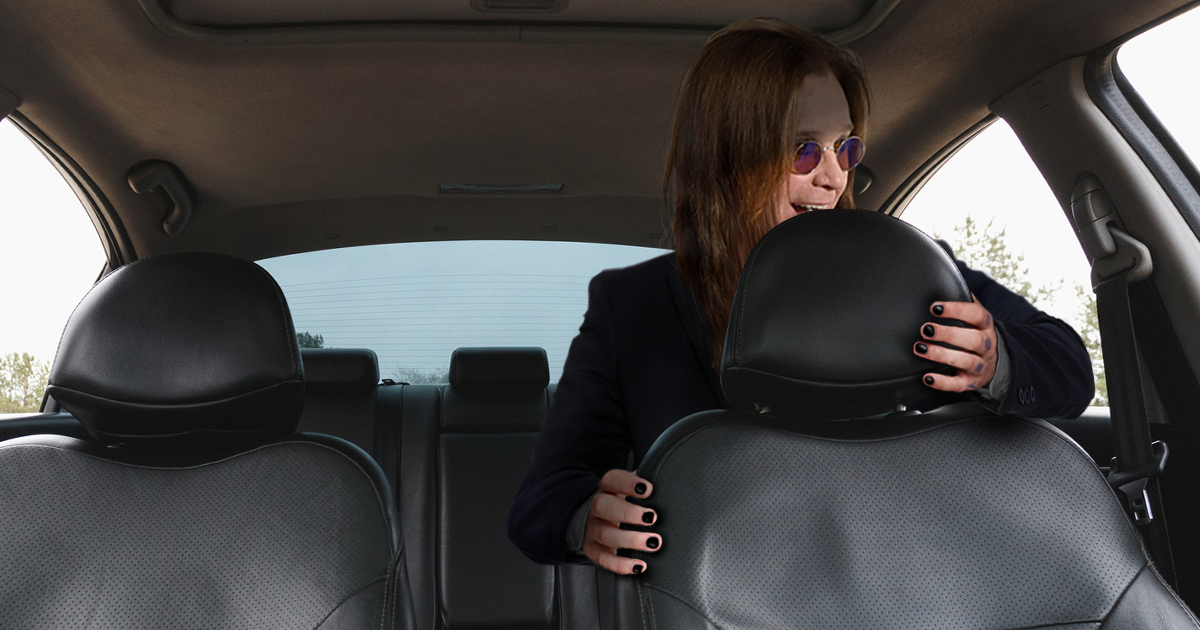 Ozzy Osbourne is unquestionably one of the greatest frontmen in rock history, but unfortunately the 72-year-old singer is currently in the middle of something that may very well sully his incredible legacy: Ozzy has been unsuccessfully trying to bite the head off a Toyota Corolla car seat on Instagram Live for the last six hours.

Damn. Yeah, definitely didn’t have to run this one back, Ozzy. Just doing it the one time with the bat was fine.

Any self-respecting rock fan can tell you how iconic it was when Ozzy bit the head off a live bat during a concert back in 1982, but unfortunately, the Black Sabbath singer seems intent on tainting that legendary moment with the underwhelming sequel that’s currently unfolding. Taking to Instagram Live just past five o’clock this morning, standing in his driveway and clearly trying to look concert-ready—leather duster, big cross necklace, but also a few depressing additions like ratty pajama pants and those grippy kinds of socks they give out in hospitals—the metal icon greeted his 4.5 million followers with a spirited, “Hello, Instagram! Who wants to see me bite off something even bigger and cooler than a bat’s head?” From there, he crawled into the backseat of a 1998 Toyota Corolla, fumbled with the radio’s Bluetooth settings until “Mr. Crowley” came blasting through the speakers, clicked his phone into one of those windshield holders that old people and Uber drivers like to use, and began futilely trying to bite the headrest off the driver’s seat.

From the jump, it was clear that Ozzy did not understand the impossibility of what he had set out to do. After throwing up devil horns to the camera, Ozzy put the front seat in a headlock like it was gonna try to run away, dramatically lowered his teeth toward it like a vampire, and began just kind of gnawing and slurping on the headrest for a while. To see the rock legend futilely slobbering all over a car seat for hours on end has been a pretty big bummer, and sadly he’s still going at it despite getting no closer to his goal of biting off the headrest than when he started. Soaked in sweat and gasping for air with his eyeliner dripping down his face, you gotta imagine that this isn’t what he envisioned when he kicked off the stunt.

Oof. Yeah, if it ain’t broke, don’t fix it, Ozzy. No need to relive the glory days.

Unfortunately, things are only getting more and more depressing, as he is now pausing every few minutes to share little anecdotes with the “crowd” like how singers do at real concerts, including one about how arthritis has warped his fingers so badly that he can no longer take his rings off, and another about how he still talks to Randy Rhoads in his dreams. Then there’s the fact that the “This is Ozzy Osbourne” Spotify playlist he had going ended hours ago, so Spotify did that thing where it starts playing similar-ish songs, but six hours in it’s totally grasping at straws and playing super non-Ozzy stuff like Genesis and The Jackson 5. Meanwhile, the vast majority of comments he’s receiving from viewers are expressing concern, saying things like, “Are you okay, Ozzy? Need us to call someone to help you?” and “Hey man, you should prob see a doctor who specializes in dementia, we’re worried for you.” However, Ozzy remains unfazed and has yet to show any signs of slowing down.

Yeesh. It’s tough to watch one of metal’s greatest showmen miss the mark this badly, and for six straight hours and counting. Here’s hoping Ozzy manages to at least bite off a small chunk of the headrest so he can feel like he got a victory, or that his phone dies soon, or that a family member realizes he’s missing and comes to take him back to his room or something. We’re pulling for you, Ozzy!