Keeping In Touch: Sean Spicer Has Given Donald Trump His Personal Email In Case The President Ever Wants To Belittle And Humiliate Him In The Future 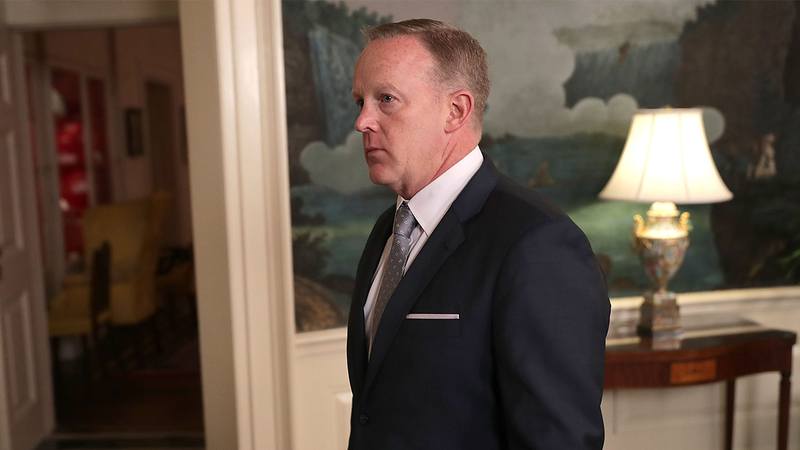 After months of infighting within President Trump’s tumultuous White House, Sean Spicer sent shockwaves through Washington this morning by abruptly resigning from his post as press secretary. While the situation remains tense, Spicer, for his part, seems to be trying to leave on a good note: Right before leaving his office, he reportedly gave Donald Trump his personal email address in case the president ever wants to belittle and humiliate him in the future.

Wow, what a considerate gesture!

As he packed up his belongings in his White House office, the former press secretary reportedly wrote down his personal Gmail on a piece of notebook paper and handed it to Trump, telling him not to hesitate to shoot Spicer a note should he think of a deep emotional gut punch that would really demoralize him down the line. Whether the president simply wanted to prod him for his ill-fitting suits or spend hours tearing into every facet of his personality, Spicer told his former boss that his inbox was always open.

Spicer then proceeded to shake the president’s hand and tell him that if he ever had any wild, unfocused rage he needed to release on a former employee, “you know how to reach me.” As the outgoing press secretary left the building for the last time, Spicer added that even though they no longer work together, it doesn’t mean they can’t occasionally meet up for coffee or lunch so Trump can cut him to his very core with a vindictive personal attack.

Wow. Good on Sean Spicer for leaving a tough job with poise and grace. Wherever he goes next, we’re sure this isn’t the last he’ll hear from his former boss.