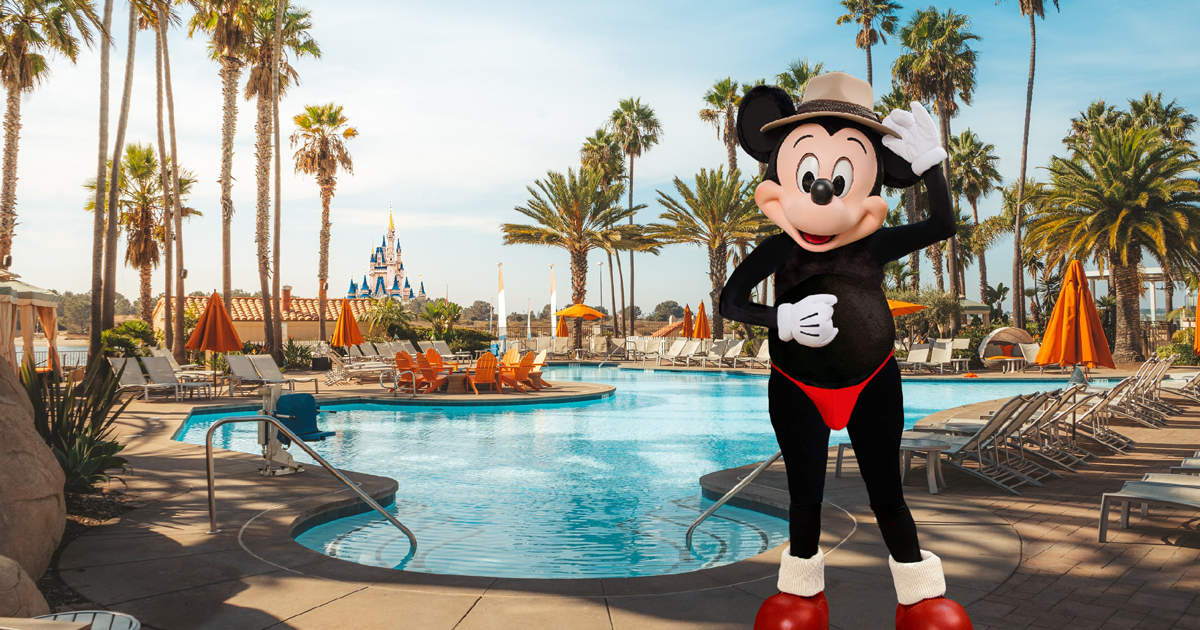 If you thought that Disney had already perfected the theme park experience, think again, because they just found a way to make it more magical than ever: Disney World just debuted a new “Summer Mickey” that hangs around the resort pools in the smallest swimsuit you’ve ever seen.

Wow! Someone book us a flight to Orlando, STAT!

Introduced earlier this week, the new Summer Mickey character can now be seen loitering around Disney resort swimming pools wearing his trademark G-string swimsuit and stealing gulps from unattended piña coladas. Excited guests have already reported encounters with Summer Mickey at Disney’s Animal Kingdom Lodge, where he’s been frequently spotted meandering listlessly around the pool area, occasionally stopping to let out a loud sigh or scratch himself against a palm tree.

One guest took to a Disney fans message board to describe his first-hand experience with Summer Mickey, saying that the scantily clad character joined him and his family in a hot tub, where he proceeded to lay back, spread his legs wide open, and fall fast asleep, snoring unresponsively as the man’s children futilely badgered him for an autograph. The guest added that once Summer Mickey finally woke up a couple of hours later, he got up and continued his aimless wandering around the pool area, at times pausing to crack his back or dry himself with a towel from the “USED” bin or curtly gesture for guests to give him food, until eventually tiring again and passing out face-down on the ground next to one of the kiddie pools.

“We’re thrilled to introduce Summer Mickey to Disney World and its resorts, and we invite our guests to say hi or grab a photo with him if you see him walking around,” said the theme park in a press release. “Never has Disney World had a character show this much skin, and we hope guests will be delighted by the sight of him loafing around in his Speedo while lathering himself in tanning oil and listening to Slovenian pop music on his portable Bluetooth speaker.”

So fun! We can’t wait to meet him!

Leave it to Disney World to turn a family vacation into a lifelong memory. All we can say is that when it comes to theme park adventures, Disney has once again proven why it’s the gold standard. Awesome!