Kind Of Cool In A Different Way: This Couple That Pulled Up Their Carpets Hoping To Find Hardwood Found Wee Man Instead 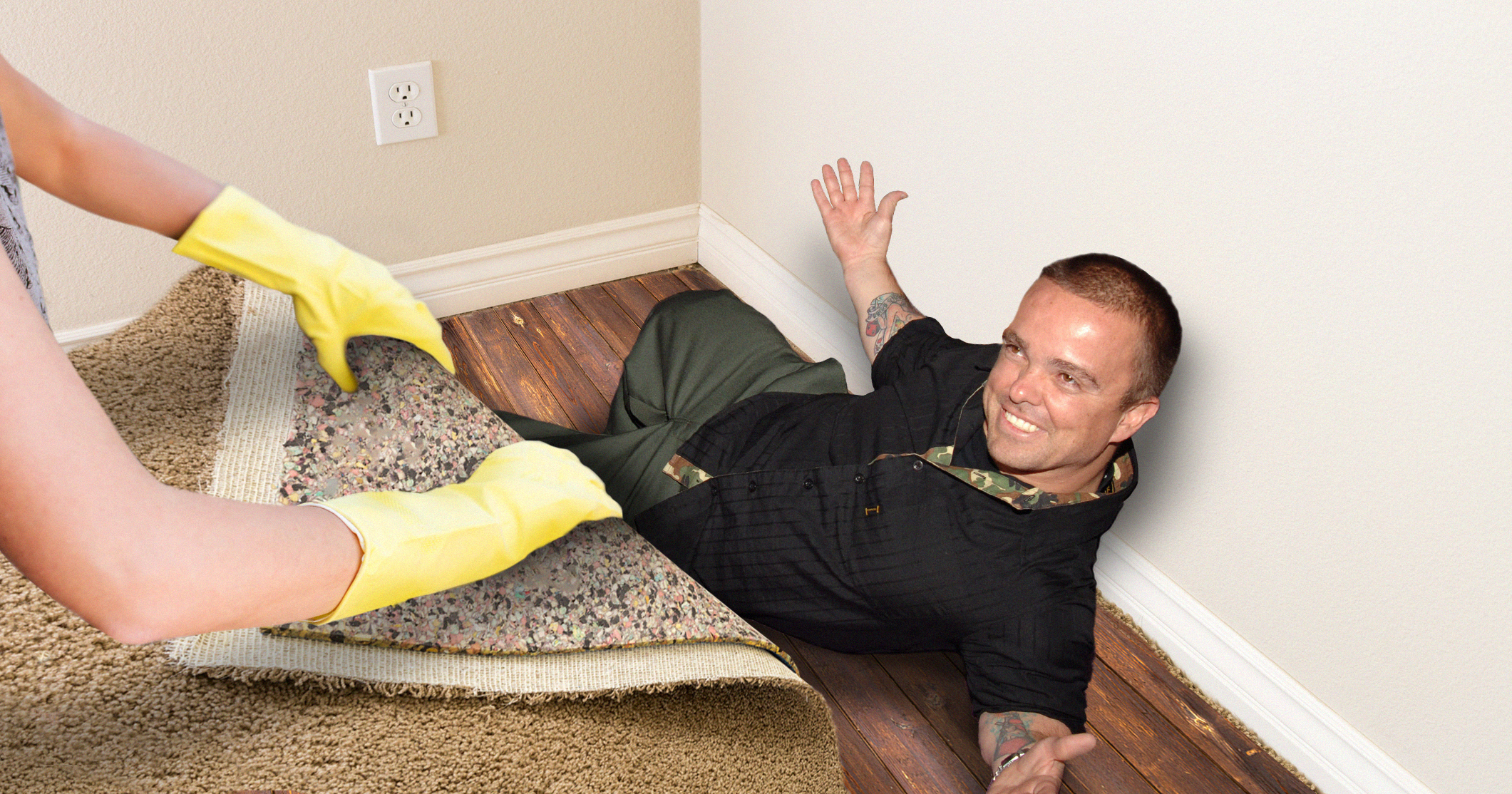 Renovating an older house can lead to some fascinating discoveries about a home’s hidden features. That’s exactly what happened to Patricia and Charles Bregman of Fairfield, Iowa, who recently stumbled upon a pretty awesome find while refurbishing their floors: The couple pulled up their carpets hoping to find hardwood, but found Wee Man instead.

Wow! Definitely not what they were expecting, but for sure kind of cool!

As Patricia and Charles began remodeling their living room earlier this month, they held out hope that the flooring beneath the old carpeting might be beautiful hardwood, which would perfectly align with their vision for the space, yet upon investigation, they were disappointed to find that the hardwood was warped and unpresentable. However, their disappointment was slightly offset by the surprising discovery of Jackass star Jason “Wee Man” Acuña smiling and waving at them from underneath the rug. Though caught off guard by Wee Man, the couple was nonetheless more delighted to see him than they would be to see ugly linoleum or tile, and they warmly waved back at him and told him how much they enjoyed his “Anaconda Ball Pit” scene in Jackass 2.

Patricia—let down by the lack of quality hardwood flooring but also feeling that this chance encounter with Wee Man was pretty neat—asked the stuntman if he wanted a glass of water or anything to eat, which Wee Man politely declined before complimenting the couple in an attempt to fill empty space in the conversation, saying “Y’all look like you’re really in love, that rules,” after which he threw up the sign of the horns with both hands. Following an extended awkward silence, Wee Man then asked the couple if they’d like an autograph, or if they’d even want to do a stunt, such as gluing him to the ceiling or tasering him in the testicles, thinking it might be a nice treat for a fan of his to experience. Charles bashfully declined, saying he and Patricia had better get back to work on the living room. The couple then bid farewell to Wee Man, pried him up with a crowbar, and threw him in the dumpster that they’d rented for the renovation.

While this certainly isn’t quite what Patricia and Charles were hoping for when they pulled up the carpet, finding Wee Man was undoubtedly a pretty decent consolation prize. Whatever Wee Man was doing under their carpet, he just gave them a cool story that they’ll remember forever. Not bad!