Last-Ditch Effort: The U.S. Military Is Asking Enemy Combatants To File A Report If They Suspect The American Soldier They’re Shooting At Might Be Trans 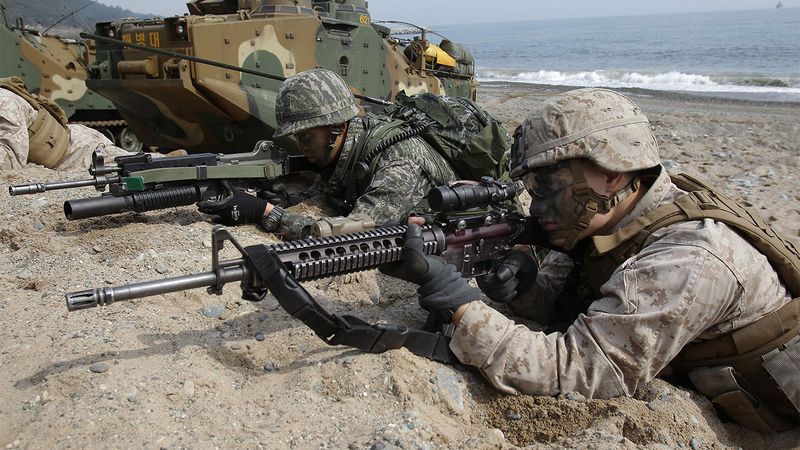 Yikes, things seem pretty dicey over at the Department of Defense.

After a series of tweets from President Trump banning trans people from serving in the armed forces, military leaders are scrambling to comply, and their most recent effort is something of a Hail Mary: At a press conference this morning, the Joint Chiefs of Staff asked enemy combatants to tip off the U.S. government if they think the American soldier they’re shooting is transgender.

Wow. This truly seems like scraping the bottom of the barrel.

Joint Chiefs chairman Joe Dunford announced the new initiative from the White House press room, where he addressed the adversaries of America directly:

“Look, you’re already out there on the front lines, shooting at our brave men and women in uniform, so maybe lend us a hand and let us know if any of them seem trans to you, so we can follow through on President Trump’s tweets,” Dunford explained. “Whether you’re in ISIS, al-Qaida, or are just trying to bring Western society to its knees in general, all we ask is that you keep an eye out for any of the American soldiers you’re shooting a rocket-propelled grenade at giving off transgender vibes, and then please let us know because we have to kick them all out of the military now.”

Dunford went on to assure the scores of enemy combatants who try to kill American soldiers every day that they would be given complete anonymity during the entirety of the trans tip process.

“This is not a trap. Any enemy belligerent who gives us a tip will have their identity protected. We are just trying to follow the wishes of the president, and honestly, this is the best we could come up with,” said Dunford.

Dunford also noted that due to the slapdash nature of the operation, the military’s IT department had not yet been able to set up an email account for it. So, he asks that any enemies who wish to file a report email their information to [email protected]

We have to imagine that this is the last card in the deck for the Department of Defense. As of this afternoon, the Joint Chiefs have received no emails alerting them to trans troops, so it’s looking like the Army brass will have to go back to the drawing board.