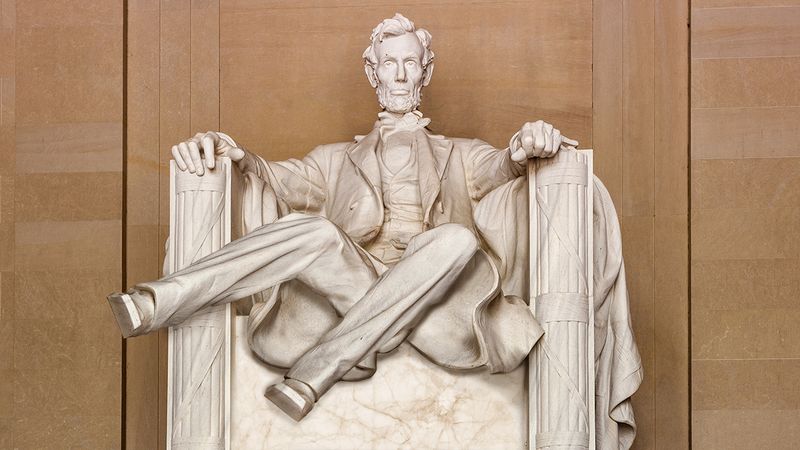 Ever since reports last fall of computer hackers with ties to the Russian government attempting to influence the U.S. presidential election, it’s been obvious to pretty much everyone that America’s cyber security is seriously lacking. Well, if the CIA is planning to do something about this glaring flaw in our national security, they better do it soon, because America has already fallen victim to another cyber attack. Russian forces have hacked into the Lincoln Memorial’s legs and are now fully capable of moving them around at will.

Excuse us while we go have a panic attack.

Early this morning, government officials noticed that the Lincoln Memorial’s legs were kicking in all directions and jiggling at an alarmingly rapid rate. After launching an investigation into the phenomenon, the CIA concluded that the legs of the iconic statue had been hacked and that evidence showed that the individuals responsible had strong links to Russia.

There’s no use in sugar-coating it: This is a full-blown crisis.

“At this moment in time the CIA can confirm that hackers are making Abraham Lincoln’s legs do wild and undignified things like loop-the-loops and crazy kicks that make Lincoln look insane,” CIA head John Brennan stated in a press conference held in front of the furiously kicking Lincoln Memorial. “Our cyber security team is working tirelessly to regain control of Lincoln’s legs. We considered tying the legs together with rope until the threat could be neutralized, but every time an intelligence officer tries to approach the Lincoln Memorial, its flailing legs kick them away. As of now, the hackers remain in total control.”