Leading By Example: Joe Biden Has Announced He’s Going To Eat Lava And Tell America What It Tastes Like 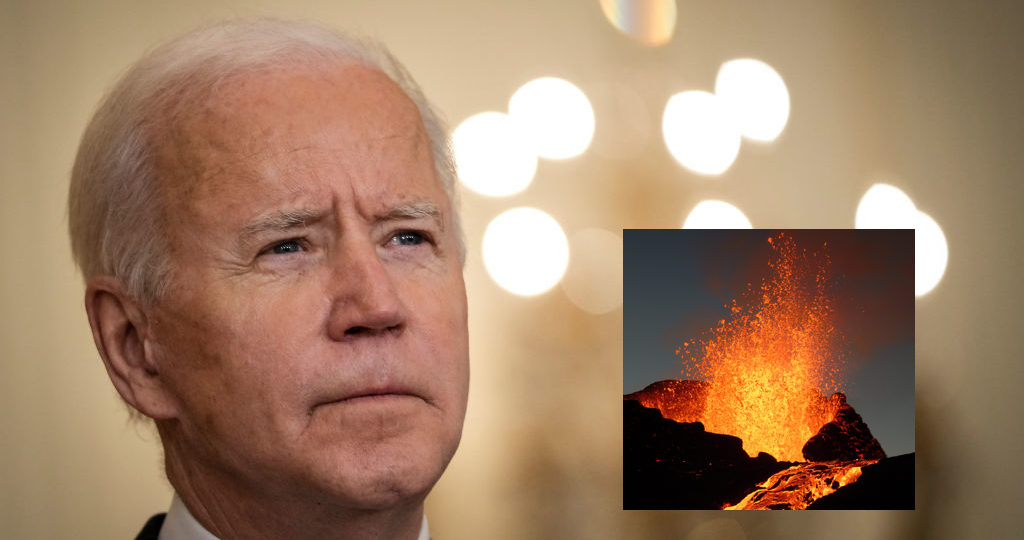 In a time of unprecedented partisan division, with distrust of politicians at an all-time high, it’s more important than ever for those in power to back their words with actions and lead by example, and it appears that the White House is aiming to do just that:  President Joe Biden has announced that he’s going to eat lava and tell the American people what it tastes like.

Wow! Now this is what real leadership looks like!

In a live address broadcast to all major news channels from the Oval Office this morning, President Biden told the American people that it was finally time to figure out what lava tasted like, and that he would be the first one to put some lava in his mouth so that he could report back on what sort of flavor it had.

“For too long, mankind has looked at lava and wondered, ‘What is the taste of that goo?’” President Biden said in his statement, his voice strong and his eyes full of a steely determination. “Today, I make this solemn pledge to the American people: I am going to put the red hot glowing goo in my mouth and I’m going to figure out if it tastes like frosting or salmon or what.”

Throughout his address, the president made it clear that he understood the immense risks of eating lava but believed they were worth taking in order to inspire the nation. “It is my understanding that many scientists believe lava to be very hot. I also know that lava is the thing that killed Gollum in The Lord Of The Rings,” said Mr. Biden. “But I remain undeterred. We need to know what lava tastes like, because it looks like it could be delicious. It might also taste like shit. Soon we will know, because I’m going to try it and tell you all about it.”

The president’s plan to taste molten rock has already drawn effusive praise from members of his own party. Shortly after Biden’s announcement, Vice President Kamala Harris tweeted, “So proud of President Biden for eating lava. I think it will taste like mayonnaise. Soon we will know for sure because we have a BRAVE leader who puts the PEOPLE FIRST!”

Senate Majority Leader Chuck Schumer told reporters that he found Biden’s decision to eat lava “admirable” and that he thought that lava would “taste like hair.”

Predictably, members of the Republican Party have been more reserved in their praise for President Biden. Senator Ted Cruz tweeted this morning that “eating lava is easy” and that he “would have tasted it [himself] if they sold it at the supermarket.” He followed up this statement by tweeting, “I think lava will taste like salad. Salad is the most boring flavor there is. President Biden should be eating more interesting things like iguana eggs and Nike sneakers. I think those will taste better than lava.”

Senator Mitch McConnell was similarly critical, telling reporters that he already knows what lava tastes like because he ate it in a dream one time. “Lava tastes like soda. This was confirmed when I drank a thermos of lava in a fabulous wet dream I had in 2011. We don’t need President Biden to tell us what we already know.”

Similarly, Republican Rep. Madison Cawthorn tweeted that Biden eating lava was “cancel culture.” He also tweeted that he thought that lava would taste like “peanuts and gravy.”

Yet despite Republican skepticism, Biden’s plan to eat lava has received far more acclaim than criticism. The ACLU released a statement praising President Biden’s “courageous leadership,” and stated that they were “excited to find out if lava is delicious, because it certainly looks delicious.”

Even celebrities have weighed in on President Biden’s extraordinary bravery. Pop star Billie Eilish wrote on Instagram, “President Biden finally makes me proud to be an American. Lava looks like glow-in-the-dark soup and I think it will taste like salami.” The post received millions of likes and thousands of supportive comments, suggesting that everyday Americans all over the country are applauding President Biden’s plan to taste lava on behalf of the nation.

Regardless of where you fall on the political spectrum, you have to admit that this is one of the most courageous things an American president has done in the history of the nation. If only more heads of state were willing to lead by example like President Biden, the world might be a better place. We can’t wait for President Biden to eat some lava so we can finally learn what it tastes like!

After following through on his promise to eat lava and tell the American people what it tastes like, President Joe Biden is finally ready to report back. The president says that lava tastes like yarn and teeth!

“I ate some of the goo…the lava…and it tastes like a big bowl of yarn mixed with teeth,” the president said in a live address to the American people delivered from the Oval Office last night. “Imagine the flavor of teeth combined with the flavor of yarn, and that’s pretty much what lava tastes like. It was delicious and I want to eat some more. I want to eat lava instead of vegetables for the rest of my life.”