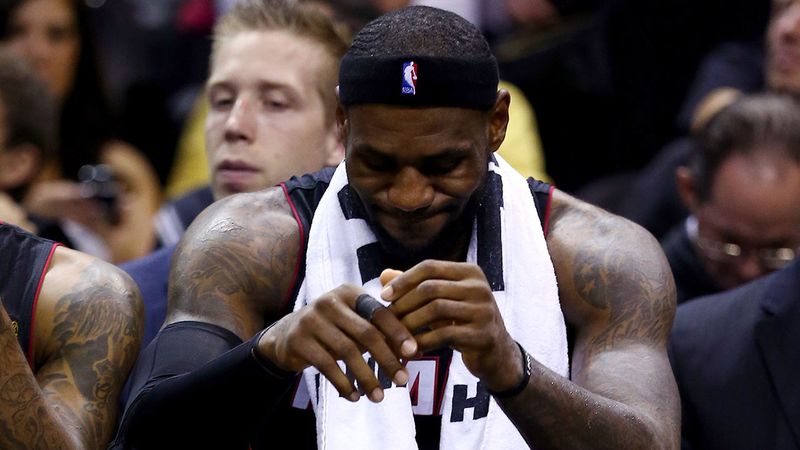 Last night, the NBA Finals came to a close, with the San Antonio Spurs trouncing the Miami Heat four games to one. I understand that the Heat were completely dominated and lost by a surprisingly wide margin, but no matter how badly the game ended up, I don’t think LeBron James should have to go to jail just because he lost the NBA Finals.

I mean, this is just a basketball game we’re talking about. Were the stakes high? Sure. But no matter how important the game was, LeBron James should not be arrested and thrown in jail just because he didn’t end up taking home some trophy. In fact, I’d go as far as to say it would be a vast overreach of the criminal justice system for us to imprison LeBron James.

Let’s think about it for a second: Are we going to start locking people up in maximum security prisons just because they didn’t win a basketball game? Has our society become that barbaric? Personally, I think that an America that sends LeBron James to jail for losing the NBA Finals is not an America I want to live in.

Are we going to start locking people up in maximum security prisons just because they didn’t win a basketball game? Has our society become that barbaric?

Still not convinced? Here’s something to keep in mind: The whole team lost the Finals, not just LeBron James. It would be completely unfair to send just one player to jail, even the most important player, for a loss that the Heat suffered as a whole team. What about the four other guys on the court with him who had jobs to do? Do they all deserve to be thrown in jail too? Because I, for one, think that would be equally wrong.

Also, LeBron should not have to stay in jail forever. Think about it: Some people who commit murder are allowed to leave prison after only 20 years. Should LeBron James go to jail for the rest of his life just because he lost a basketball game? That seems completely draconian.

Yes, the Heat lost the Finals. Yes, they got crushed. But that’s not a good enough reason to tear LeBron James away from his family and put him behind bars for the rest of his life. This is a simple question of right and wrong, and we need to recognize that sending LeBron to jail for losing the NBA Finals is, without a doubt, the wrong thing to do.