Letting His Baby Grow Up: God Has Finally Given Jesus Permission To Start Wearing A Thong 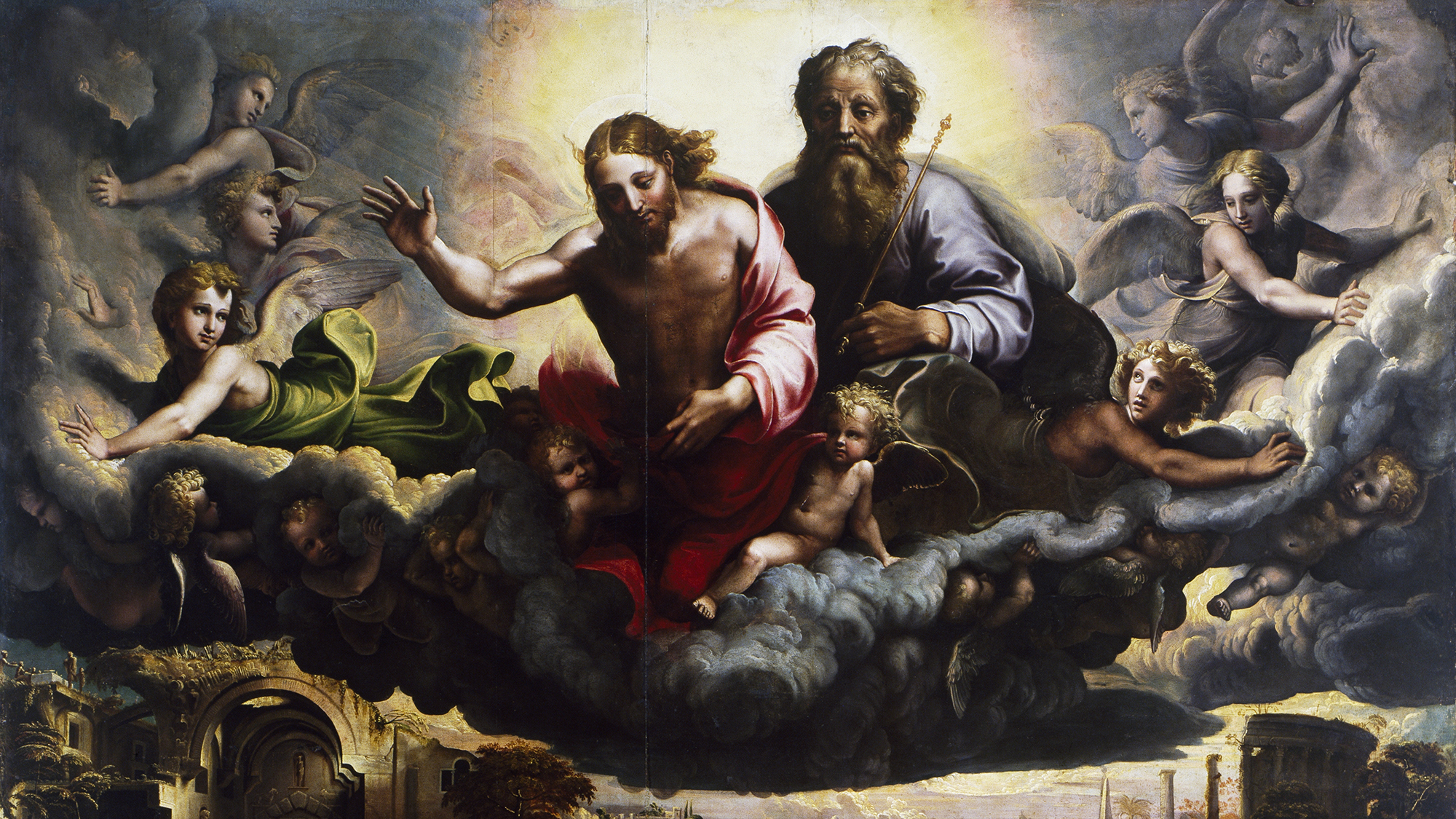 No matter how old your kids get, as a parent you’ll always feel an urge to protect them and safeguard their innocence. Yet there inevitably comes a time when every parent must learn to let their children grow up and make their own choices, and for the Creator of the Universe, it appears that time is now: God has reportedly finally given Jesus permission to start wearing a thong.

Talk about bittersweet. They grow up so fast, don’t they?

After years of begging and pleading, sources say Jesus finally convinced God to let him start wearing thongs during a daddy-son lunch date earlier this week, arguing that, having lived for over 2,000 years and having shouldered the burden of mankind’s sins, he didn’t need to be babied anymore and could make his own choices about clothes. While God initially seemed resistant, saying that thongs were for strippers and Gomorrans and would look unbecoming on the Son of Man, he eventually gave in after Jesus tearfully revealed that angels had been bullying him for wearing granny panties, which filled the Almighty’s heart with great sorrow. God, wanting to tell all the nations of Heaven about his decision to let his only son wear a thong, then returned to his throne, raised Jesus high over his head, and issued a thunderous decree, his voice like that of a thousand trumpets.

“I am the Alpha and Omega, the beginning and end, the first and the last,” declared the Most High with such tremendous power that the sun turned black, the moon became as blood, and armies of men instantly fell dead in their place. “And this is my only son, Jesus, whom I love, and with whom I am well-pleased. Let all ye that hath an ear know on this day that Jesus shall have his first thong, for he hath conquered the grave at Calvary and thus deserveth to wear the undergarment of his choosing. Let all of creation rejoice!”

Shortly after making his declaration, God took Jesus thong-shopping at the mall, where Jesus ultimately settled on a cute pink thong from Justice that he really liked. Once home, Jesus excitedly tried on the thong and spent hours marveling in the mirror at how he had no visible panty lines, and while it delighted God to see how happy his child was, it also saddened him to see his little baby boy looking so grown up—the same little boy who it seemed like just yesterday had been taking his first steps, saying his first words, and using his powers to make a pile of fish appear out of thin air for the first time. Being omniscient, God always knew deep down that this day would come, but nothing can really prepare you for the moment when you realize that your baby’s not a baby anymore.

Crying hysterically, Jesus told God about the incident, but God just shook his head coldly and said, “See, I knew this would happen, and this is exactly why I didn’t want you wearing a thong.” The insensitive comment was overheard by God’s wife, a living pillar of fire with lips, who then came to Jesus’ defense and said that Jesus shouldn’t let the actions of a few piggish immortal beasts dictate what he wears. As God and his wife then got into a heated argument, God’s slave, former first lady Barbara Bush, took the heartbroken Jesus upstairs and drew him a warm bath and stroked his hair until he calmed down.

Damn. While it’s definitely upsetting that things took such an ugly turn, here’s hoping that Jesus won’t let the cruel words of some monsters keep him from confidently rocking his new thong. Flaunt it, J! You do you!