Litigation Ahead: The Man Who The Shrug Emoticon Is Based Off Of Is Suing 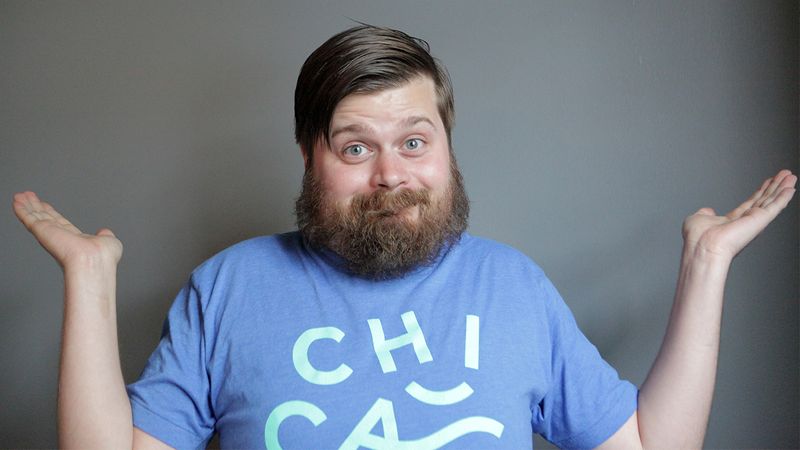 These days, it’s just about impossible to try to control how your image is used online. One man, though, has decided that he isn’t about to let his likeness get away from him without a fight. His name is Chip Foster, but chances are you recognize him better this way:

That’s right: The guy whose cocked face and hunched shoulders inspired the beloved, ubiquitous shrug emoticon is finally taking action. He’s filed lawsuits against Twitter, Facebook, Tumblr, and every other institution that’s helped to proliferate his image without context or credit.

“By the time I knew what was happening, it was already too late,” says Chip. When a picture of him shrugging at a 2008 backyard barbecue went up on Facebook, “a friend commented by simply saying ‘¯\_(ツ)_/¯,’ and it got a bunch of likes. A month later, it’s everywhere.”

Since then, the shrug emoticon has been used to indicate indifference to everything from articles about climate change to Game Of Thrones casting announcements to a video of an iguana sneezing, while Chip hasn’t seen a red cent for any of the over 3.5 million times his image has perfectly expressed someone else’s blithe dismissal. And he’s not happy about it.

“The thing is, I’m not an apathetic guy!” said Chip. “I’m passionate about a lot of things: animal rights; education reform; getting American troops out of the Middle East. I’m being misrepresented by this emoticon over and over again. People can’t just use my face that way.”

Lawyering up wasn’t his first choice, but desperate times call for desperate measures. Even so, it’s been slow going:

What do you think? Does Chip deserve a win in the courts, or is his a lost cause? Let us know in the comments.