Locked In An Arms Race: Christian Bale And Jared Leto Have Each Gained Over 600 Pounds In A Heated Competition To Play Babe Ruth In An Upcoming Biopic 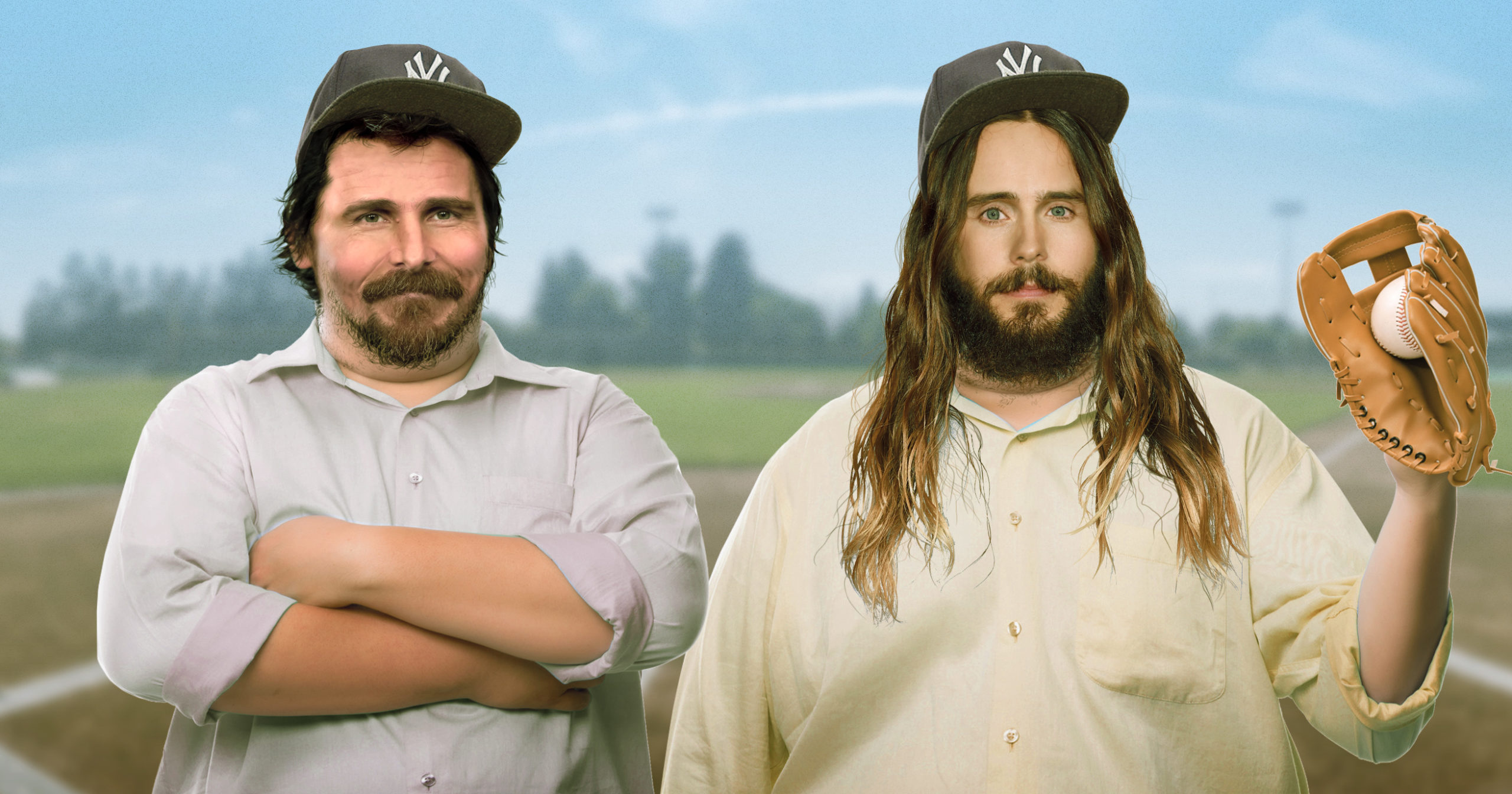 An unprecedented battle of one-upmanship has been steadily escalating between two Hollywood titans, and it’s showing no signs of slowing down: Christian Bale and Jared Leto have each gained over 600 pounds in a heated competition to play Babe Ruth in an upcoming biopic.

Wow. Who’s going to be the one to blink first?

The feud kicked off earlier this month when Paramount announced that it would soon be casting the part of Babe Ruth in a forthcoming movie about the baseball legend, a role both men have previously expressed strong interest in playing. Bale put out a statement saying that he had already stopped jogging and put on 10 pounds to better match the Hall of Famer’s build for his audition, only for Leto to quickly put out a tweet of his own declaring that he had stopped moving entirely to pack on 15 pounds and would be claiming the role of Ruth for himself. Other actors might have backed down at this point, but Bale and Leto are both well-versed in transforming their bodies for a role, and this seems to have ignited a burning rivalry to determine who will go the furthest to portray one of baseball’s all-time greats.

Since recognizing each other as their primary competition for the chance to play The Sultan of Swat, both men have massively increased their daily caloric consumption in direct response to one another, with Leto’s Instagram photos of his 20 Tofutti Cutie breakfasts being quickly followed by posts from Bale about how the 40 burgers he consumes per day have made his pores exude reeking grease at all times and caused him to experience multiple heart attacks. It initially appeared that Leto’s veganism might hamper him since he couldn’t chug the pints of rendered lard that had helped propel Bale to 500 pounds, but he quickly dispelled these doubts by rocketing past Bale to 550 on the strength of pumping a mixture of coconut cream and olive oil directly into his stomach with a stainless steel gavage tube.

Things have escalated so rapidly over these few weeks that both men have progressed past developing stretch marks to actively having their skin tear open in places as it struggles to accommodate their new mass, and Bale has reported having to use a ventilator during sleep due to the crushing weight on his lungs effectively suffocating him at all times. Leto has similarly described having to wear a snorkel for breathing purposes due to the fleshy mass of his torso folding up around his head like a turtleneck, though he was quick to boast that the snorkel’s similarity to a large drinking straw has only made it easier for him slurp up full gallons of his homemade vegan cottage cheese and canola oil smoothies. The battle to portray The Bambino almost came to an abrupt end last week when Leto’s heart stopped for two minutes, but after being resuscitated and learning he’d gone permanently blind in one eye, he immediately consumed 30 pounds of peanut butter in a show of undaunted dedication to his cause.

There’s no backing down when you’ve already come this far.

While the men still haven’t directly acknowledged each other by name, their statements to social media and the press make it clear that they refuse to be outdone. Just yesterday, Bale, who is not on Twitter, had his publicist tweet the following statement on his behalf: “I’m being hoisted by a Chinook helicopter to visit historic Babe Ruth sites across Baltimore, Boston, and NY. I take my craft more seriously than some actors, and must transform my psychological ‘terroir’ just as fully as I have my 750 lb body.” Not even 10 minutes later, Leto countered with a tweet of his own: “no longer have distinct fingers, hands basically two swollen fatty mittens now… can’t believe a certain scrawny someone still thinks HE’LL be babe ruth LOL 😂 careful beanpole, don’t blow away 🙈 maybe they’ll cast u as my bat 😘 .”

Damn, this is getting FIERCE!

The sky’s the limit when you’re vying for a role like this, and these performers seem determined to keep upping the ante to prove that they’re the correct casting decision. But no matter who wins out in the end, it’s amazing to see the lengths an actor will go to in order to truly inhabit a part!