Lucky Break: This Couple’s House Tripled In Value After Billy Joel Accidentally Got His Head Glued To The Porch 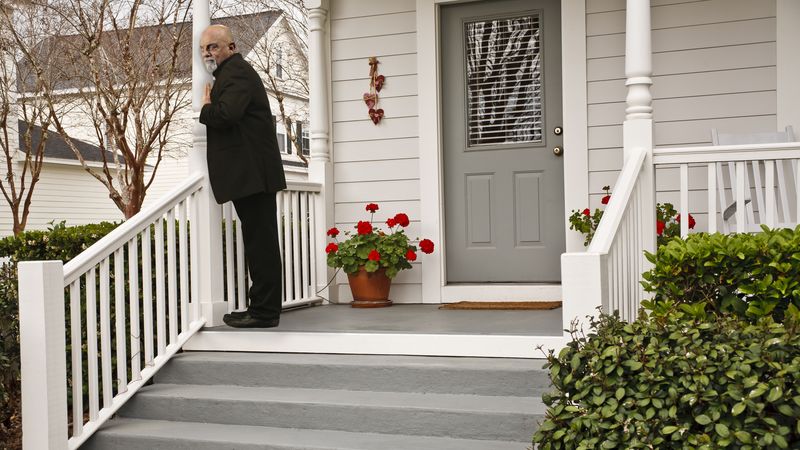 Some people just have all the luck, especially Jason and Brooke Ashby. This Philadelphia couple recently hit the jackpot when their modest two-bedroom house tripled in value after Billy Joel accidentally got his head glued to the porch.

The Piano Man himself was discovered early Saturday morning frantically trying to unstick his forehead from the front porch. But despite his best efforts, Joel was unable to break free, and once it became clear that he was irreversibly stuck, the Ashbys called an appraiser, who valued their home at more than three times what they bought it for!

Ever since, the Ashby home has become the envy of the neighborhood, with neighbors dropping by at all hours to catch a glimpse of the rock-and-roll icon in the flesh.

“The idea of one day finding a music legend glued to our house didn’t even cross our mind when we bought the place,” said Jason, smiling from ear to ear. “And not in our wildest dreams did we ever imagine it would be someone like Billy Joel. It’s been an absolute godsend.”

Whether Joel is trying in vain to pry himself free or desperately lapping up rainwater, the six-time Grammy Award winner has already added an extra zero to the end of the property’s value.

As for the Ashbys, they could sell now or wait to see if the price continues to skyrocket, but there’s no denying that these are two of the luckiest people alive!