Mad With Power: UN Secretary General António Guterres Has Just Named The Honda In Which He Lost His Virginity A World Heritage Site 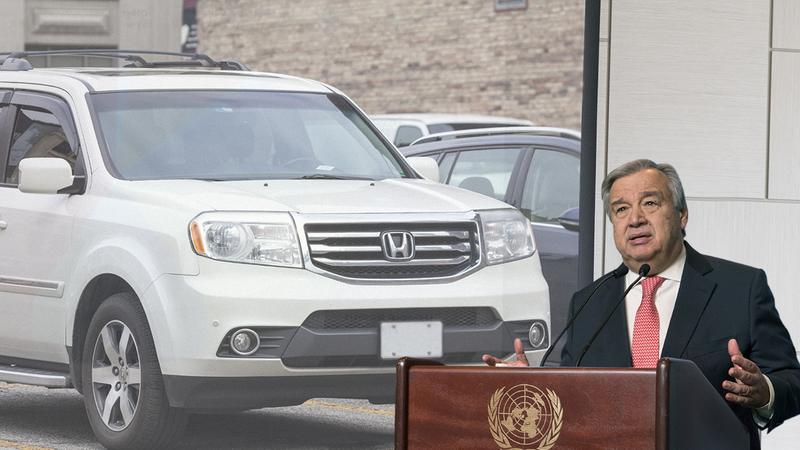 You would be hard-pressed to find a world leader who has never exploited his or her power for personal advancement, but this time United Nations Secretary General António Guterres has gone way too far: Guterres just bypassed official U.N. procedure to name the Honda in which he lost his virginity a World Heritage Site.

Guterres’ power has clearly gone to his head, and he’s wielding it in a totally inappropriate way.

This week at a UNESCO coordination meeting, Guterres announced that the Honda S600 where he had sex for the first time in 1965 will now be classified as a World Heritage Site, making the car a legally protected international landmark.

“The Honda where I lost my virginity is a site of great cultural significance as it represents a remarkable human achievement—the first time I took a chick to pound town,” said Guterres of the decision. “Now we can be sure that the moment I first had sex at age 16—earlier than many of the guys at my school—will not be lost to history.”

Wow. Talk about a blatant show of self-interest. This is not how Guterres should be using his public office.

Guterres has arranged for a staff of over a dozen conservationists to look after the Honda in order to ensure that his original half-century-old Trojan condom wrapper is preserved on the floor of the car’s backseat and that his then-girlfriend Sandra’s discarded tank top remains wedged between the passenger seat and the center console. Costs of maintenance and security for the newly minted World Heritage Site are projected to exceed $4 million annually, though Guterres claims that the vehicle will generate more than enough tourism revenue to cover all expenses, stating that “people go crazy for sex stuff, and because I had sex in this car, everyone will want to come look at it and spend money.”

This abuse of authority is completely beyond the pale. He may be a big shot at the United Nations, but somebody needs to put António Guterres in check before he completely overhauls the World Heritage Site program to further his own aims. For shame!