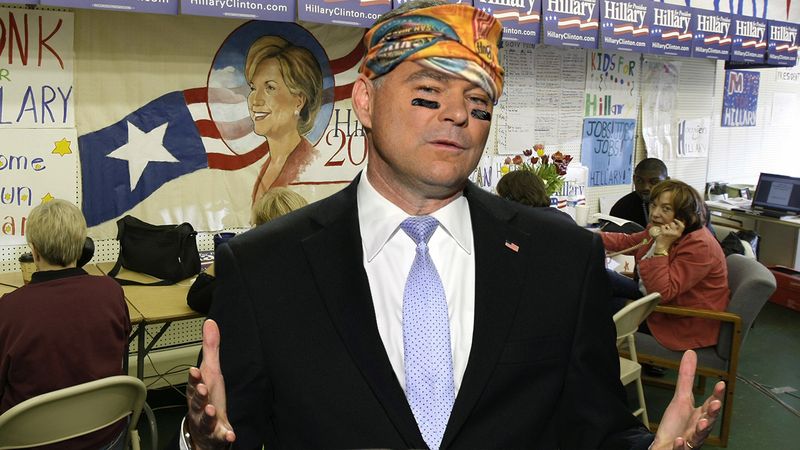 Hillary Clinton has pulled firmly ahead of Donald Trump in the past few weeks, and the last thing her campaign wants right now is a scandal that could jeopardize that lead. But unfortunately for Ms. Clinton, it looks like her staff is about to enter into major crisis mode, because WikiLeaks just revealed that VP nominee Tim Kaine used campaign resources to make an audition tape for the hit reality show Survivor.

Uh-oh. Could this be the October surprise that every candidate fears?

WikiLeaks published nearly two dozen emails exchanged between Kaine and various low-level staffers, in which the VP nominee repeatedly orchestrates the use of campaign equipment, cash, and employees to put his Survivor audition tape together. In one email, he asks an intern to go get some face paint and a bandana, instructing her to “just put it on the campaign’s card.” In another, he asks a scheduling aide to dig up Elizabeth Warren’s personal phone number, noting that “it would be great if we could get her to talk on camera about my competitive nature and desire to win Immunity Challenges.”

The emails show Kaine determined to hide the project from his running mate and other high-ranking campaign officials, often asking to keep communications “between us” and never once mentioning the Emmy-winning reality show by name. Still, emails like this one paint a pretty clear picture of Kaine’s intent:

Yikes. You can only imagine what sort of conversations are happening behind closed doors at Clinton HQ right now.

While some have pointed out that Hillary was unaware of the scandal, this is not a good look for a man who might be just a heartbeat away from the presidency. Can America really trust Senator Kaine to help lead the nation, when he might have to drop everything at a moment’s notice to go film the 34th season of Survivor in Ko Tarutao, Thailand? When so many critical issues hang in the balance, can we rely on a self-described “magnet for drama” who used his own campaign’s donations to purchase a coconut and four tiki torches?

Voters will need to answer those questions for themselves come Election Day. For now, we’ll just have to wait and see.