Major Civil Suit: If Your Child Emerged From A McDonald’s Ball Pit 100 Years Older Than When They Jumped In, You May Be Entitled To A $7 Cash Settlement 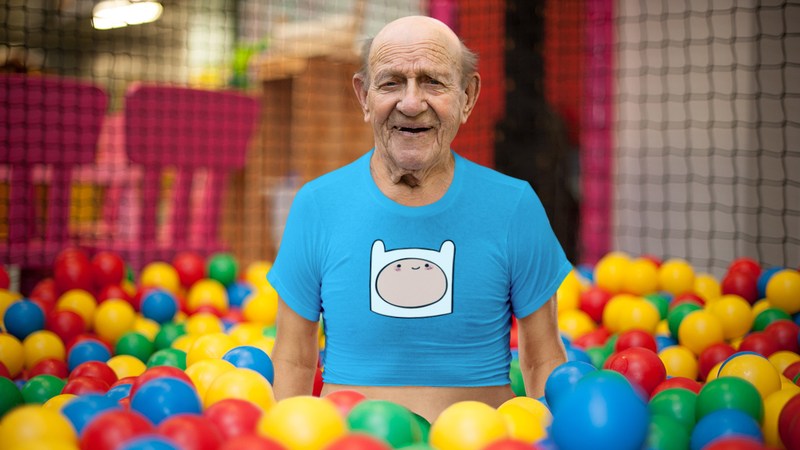 Yikes, you can bet the corporate heads at McDonald’s aren’t happy about this. The fast food giant is facing a seriously major class-action lawsuit that could result in a huge payout, a case concerning an issue that thousands of McDonald’s customers, and perhaps even you, might even be affected by: If your child emerged from a McDonald’s ball pit 100 years older than when they jumped in, you may be entitled to a $7 cash settlement.

Thousands of parents have come together to launch The People Vs. McDonald’s Corp, a mass civil suit brought on by customers whose children jumped in the ball pit of a McDonald’s PlayPlace and emerged 100 years old, both physically and mentally. Luckily for those families and their children, some of whom have since been pulled from school and checked into elderly hospice care centers indefinitely, they may finally find justice in the form of a $7 payout—and possibly up to $12 for people whose now-extremely old children are claiming to possess vivid memories of living through the first World War and wake up screaming from nightmares about fighting in the trenches.

Any family that’s eaten at McDonald’s recently would do themselves a favor to check to see if their kids have aged a whole century, because you may be compensated for it.

“If your child entered a McDonald’s PlayPlace ball pit young and came out of that same ball pit withered by decades unlived, you may hold title to a small cash sum and/or one complimentary Happy Meal,” read a public statement from Lerner David LLC, the law firm heading up the case. “Check to see whether your minor, including adolescents that are formerly of the ages 11 or under, looks like a centenarian or is experiencing an increased susceptibility to believing that you, the parent, are their grandchild, because you may possess the legal right to claims against McDonald’s corporation.”

Unfortunately, children who emerged from a McDonald’s ball pit resembling an infant version of their parents are not covered under this particular lawsuit, as the court found that this type of transformation was not inherently harmful. For now the suit covers exclusively those children who climbed out of the ball pit as ancient individuals on the verge of death.

While it’s terrible that people’s children were prematurely aged in the McDonald’s ball pit, it’s a relief to see that the legal system won’t let the fast food giant get away with it without compensating parents who are now forced to raise 100-year-old versions of their sons and daughters who are haunted by memories of lives they haven’t lived. Don’t let this opportunity slip by if your family was affected, too. Seven dollars is the least McDonald’s can do to make up for it.