Major Setback: NASA’s Fermi Gamma-Ray Telescope Has Turned Toward Earth And Is Only Transmitting Pictures Of Dogs It Finds Having Sex In The Desert 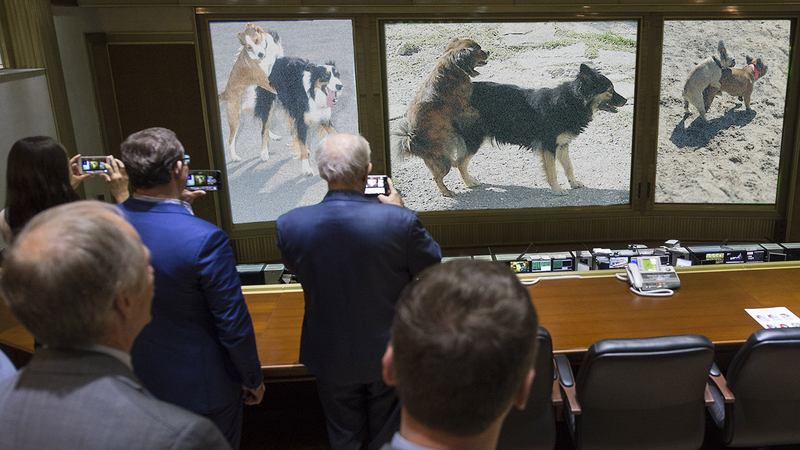 Brace yourselves, science fans, because here’s some troubling news that could have a catastrophic impact on modern astronomy for years to come. NASA scientists revealed today that their Fermi Gamma-ray Space Telescope, which orbits Earth and is designed to collect images of deep space, has turned itself toward Earth and is now exclusively sending NASA pictures of dogs it finds having sex in the desert.

There’s no way to sugarcoat this: This is a major setback for NASA’s astronomy program.

The incident began early Monday morning when readings from the Fermi telescope abruptly switched from their typical readouts of gamma radiation in deep space to a picture of a German shepherd furiously penetrating a golden retriever in the Arizona desert while a tumbleweed rolled by in the background. Members of NASA’s mission control unit noticed that the Fermi telescope had oriented itself away from the far reaches of space and was focused intently on Earth, but were unable to reorient it back toward space.

The Fermi telescope typically transmits readouts of gamma radiation in deep space, but the images that it has been sending back to NASA since Monday are highly detailed, full-color photographs of many different dogs mating with each other in deserts all over the world. From the Gobi Desert in Egypt to the Mojave Desert in California, the Fermi telescope has captured nothing but extremely crisp, high-resolution images of dogs having sex with each other in the sand for the past 48 hours.

This is definitely a dark day in NASA’s history.

“Our inability to get the Fermi telescope to send us anything but dogs having extremely enthusiastic sex in all of the world’s deserts is a major blow to our astronomy program,” said NASA administrator Lesa Roe in a press conference earlier today. “We designed the Fermi to help us understand the mysteries of the farthest reaches of the universe. It should be unlocking the secrets of dark matter, not flooding our laboratories with the images of disgusting, dehydrated dogs that it found fucking each other in the dunes.”

“We’re receiving over 80 photographs a day,” she continued. “It just keeps sending them. We had no idea this many dogs had sex in the desert. We’re sending a crew of astronauts into space to destroy the Fermi, which will be a tremendous financial and technological blow for us.”

If there’s any silver lining to be found in this depressing story, it’s that the incredible quality of the dogs going to town on each other in the desert prove definitively that the Fermi’s telescopic lens is operating at full capacity. These are quite simply the best photos of dogs having sex in the desert that you can find anywhere in the world.

Other than that, however, there’s not much to be happy about here. It’s pretty clear that NASA would prefer that its stunning astronomical technology return its focus to deep space instead of transmitting nonstop images of dogs screwing each other in the sun. For now, though, this looks like a full-blown disaster whose dire consequences for space science won’t go away anytime soon.