Making Contact: Hundreds Of Alien Civilizations Have Journeyed To Earth After Finding Out About Walnuts 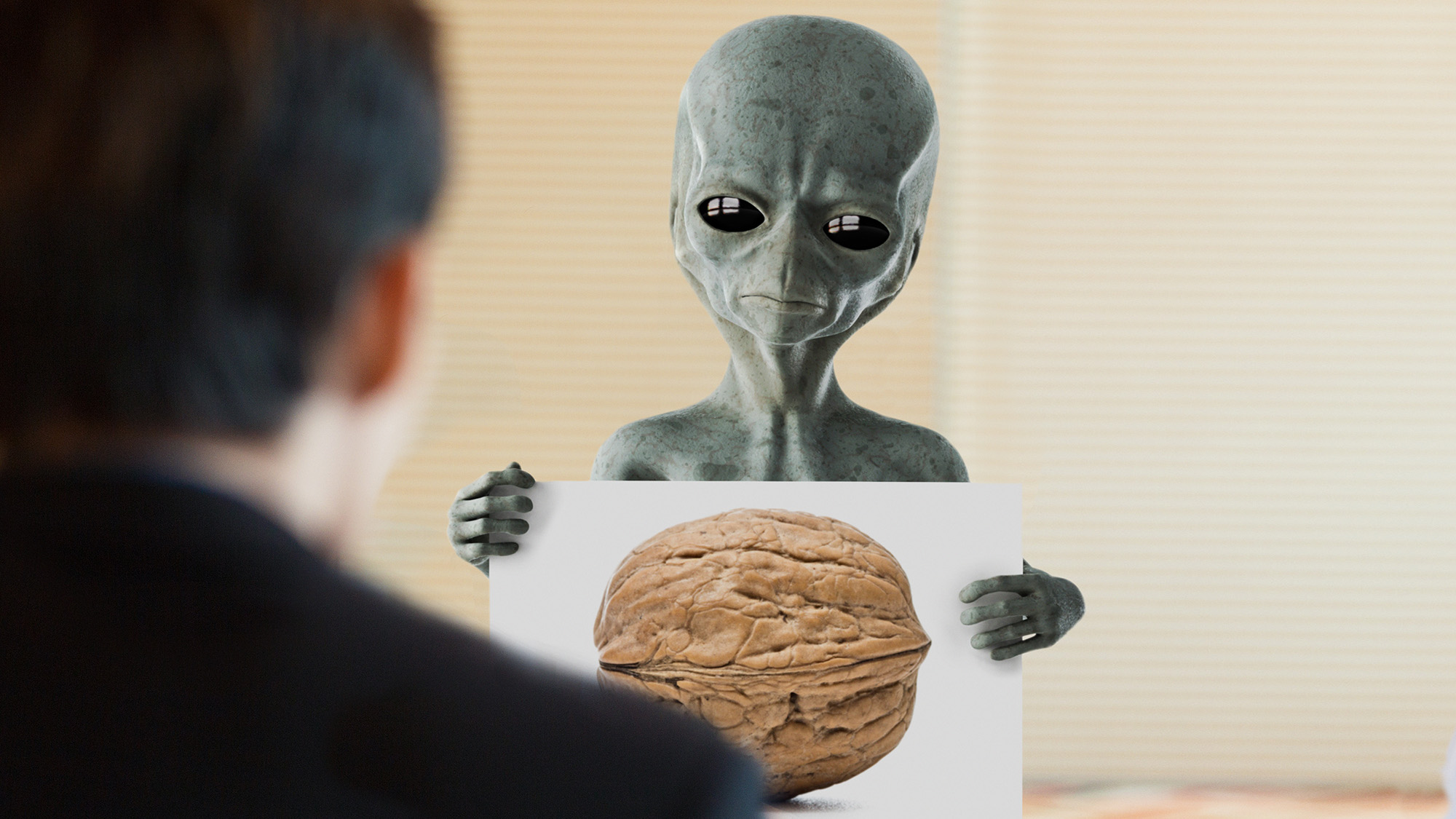 For millennia, mankind has wondered if it was truly alone in the universe, but years of speculation can now finally be put to bed for good: Hundreds of alien civilizations have made contact with Earth after finding out about walnuts.

What a landmark moment for the universe as we know it. Aliens are out there, and they want walnuts.

The landings began at 2:05 a.m. last night, when the first of the alien species made contact with a walnut processing plant in California’s San Fernando Valley. The aliens, a supremely wise and benevolent species that hails from the distant Horsehead Nebula, disembarked from their ship in a single-file line, rubbed the walnuts with their thousands of cilia-type appendages that protrude from what appeared to be their necks, and then boarded their ship once more. Since that time, more than 400 alien species from many far-flung galaxies of the universe have emerged from the night sky, each expressing interest in seeing a walnut or at least having it described to them in detail.

Absolutely incredible. We now know beyond a shadow of a doubt that intelligent life exists on other planets, and that it’s definitely interested in walnuts.

Since arriving to Earth, many of the alien species have been landing in cold climates that are inhospitable to growing tree nuts, and yet nearly all of them have emerged holding up images of walnuts, demanding to be taken to them. One perplexing species put a walnut next to a marble and appeared to fall asleep for five hours. Another has been flying in circles over Italy, burning the word “WOLNART” into open pastures while abducting all nearby pistachios.

While few of the species have made direct contact with humans, a hive mind of nanobots placed a single obsidian disk on the foot of the White House lawn. The disk, which was engraved in cryptic runes, was decoded by researchers to read, “We are the reigning race from planet Arthoid D7, and we have come to your home in search of the promised nut that drives us crazy with the lust of hunger. We are here to meet the humble walnut who has promised to us its shriveled hand in marriage. We will eradicate all life on Earth if it pleases the walnut. We are deathly allergic to the miraculous living wrinkle called the walnut, and would please like to die now by dancing next to Earth’s greatest mistake, the hideous wooded raisin that fills our minds with love fever.”

Wow, what an incredibly awe-inspiring event. The universe is home to many great and wise civilizations, and they have all journeyed to Earth to get a look at walnuts. This truly is the greatest time to be alive!