Making Their Voices Heard: Dozens Of Wealthy CEOs Have Signed A Letter Telling The GOP It’s Weird How Obsessed It Is With Them 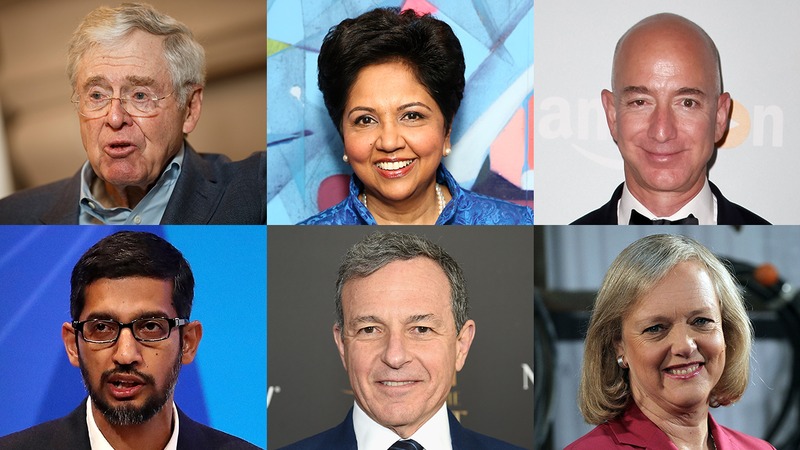 With the GOP’s tax bill racing through the Senate, Americans everywhere are standing up to make their voices heard to their elected representatives. Today the country’s most affluent citizens joined that movement in a big way when dozens of wealthy CEOs signed a letter telling the GOP it’s weird how obsessed it is with them.

Now that’s how you cut through the noise and deliver a message!

Forty-three CEOs in total signed their names on the open letter to the Republican Party, telling them in no uncertain terms that it’s really weird and kind of unsettling how much time Republican lawmakers clearly spend thinking about them. The strongly worded letter has been signed by a diverse list of wealthy industry leaders, from Meg Whitman to Jeff Bezos to Charles Koch, but all were united in their message that the GOP’s constant fixation on their needs, goals, and the minutiae of their personal finances is making them feel profoundly uncomfortable and that they are concerned for their own safety.

This powerful open letter comes hot on the heels of the Senate’s tax bill, which goes to great lengths to ensure tax breaks to the wealthiest Americans and their businesses, a measure the nation’s millionaires and billionaires characterized as “more creepy than nice, with sort of a John Hinckley Jr. stalking Jodie Foster kind of vibe.” While the letter does mention that the tax bill was only part of the GOP’s long, off-putting infatuation with wealthy CEOs, it also pointed out that trying to raise taxes on middle-class families just to reduce the tax rate on massive corporations is “a little flattering, but mostly just comes off as kind of desperate.”

Take a look at an excerpt of the letter, which lays out a strong message from these CEOs to the Republican Party:

“We, the undersigned CEOs of American corporations, hereby declare to the Republican Party in no uncertain terms that it is very disturbing that you are always talking about us. All of your legislation seems designed with us in mind, and frankly that’s bizarre. You give us a lot of very intense, very personal attention, and it’s starting to freak us out.

A lot of us barely even know you. While you seem nice enough, having us be the focus of basically everything you do is honestly making us pretty uncomfortable. There are so many people in this country, so when you fixate on a couple hundred of us, it’s pretty obvious to everyone, and it’s very weird. Why not take a break from fixating on members of the corporate elite and take care of some other government stuff for a while? Don’t you have stuff to do with our nation’s roads or public parks or something? Just give us a break from your constant fawning for one second, we beg of you.

We don’t want to seem unappreciative of your efforts, but please just give it a rest. You look pathetic. We urge the Republican Party to have some self-respect and stop obsessing over our nation’s wealthiest citizens every second of the day.”

Wow. What a truly powerful statement. It’s so inspiring to see people set personal politics aside to tell their elected officials to please just back off of them a little. This is American democracy in action!