Making Things Right: The Pentagon Is Launching A Ballistic Missile Attack On Hawaii To Restore Faith In The Nuclear Alert System 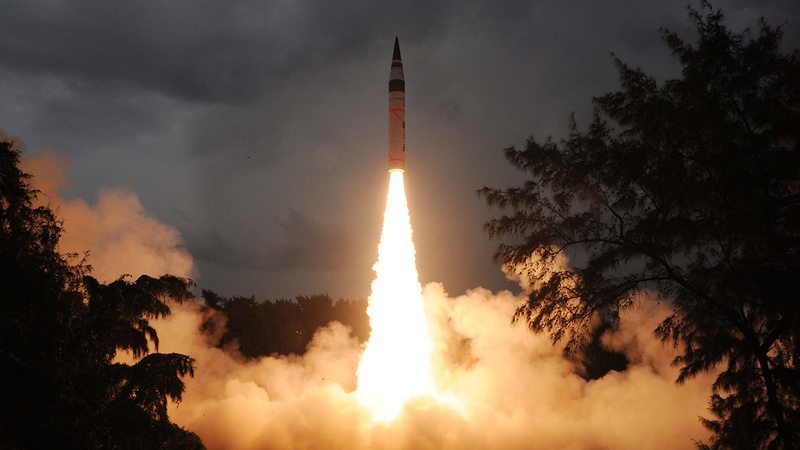 If Hawaii’s recent false missile alert shook your trust in our country’s emergency response systems, you’re far from the only one. Fortunately, the U.S. government is taking huge measures to make up for it, and by all appearances, it’ll be regaining the public’s confidence in no time: The Pentagon is launching a ballistic missile attack on Hawaii to restore faith in the nuclear alert system.

Wow. The Defense Department is going above and beyond to confirm that we can trust its word!

Earlier today the Pentagon announced that Hawaii is set to be hit with a downpour of intercontinental ballistic missiles launched from both the U.S. mainland and military submarines surrounding the island, an action intended to retroactively justify the warning message Hawaiian citizens received last week warning of an incoming nuclear attack. Anyone concerned about the weaknesses and potential errors in our nation’s nuclear response systems can rest easy knowing that the sustained bombing campaign about to scorch Hawaii off the face of the earth will fulfill the alert’s dire warning and restore the confidence of Americans everywhere. This is truly a major step in fast-tracking the re-establishment of their system’s credibility.

“People were rightly upset over the traumatic alarm we accidentally issued last weekend, but they can rest easy knowing that the warning is not a mistake anymore,” said Defense Secretary James Mattis shortly after the Pentagon ordered the launch of nuclear weapons currently en route to Hawaii. “As the skies over Honolulu go dark with smoke and debris and a hail of ballistic missiles levels the entire state to a smoldering pile of radioactive ash, Hawaiian residents will be certain they can trust all notifications they receive from the government prompting them to take shelter from incoming nuclear weapons now and in the future.”

Incredible. In one swift action, the Pentagon just reaffirmed the integrity of our national security procedures. The fact that the alert was sent several days ago, giving Hawaiians that much more time to escape the island, earns the Department of Defense an extra bit of kudos from us. Americans can breathe a sigh of relief, because it looks like we’re truly in safe hands after all!