Man, Just Look It Up Later: This Guy Is Shazaming The Church Choir’s Rendition Of ‘Amazing Grace’ In The Middle Of His Grandmother’s Funeral 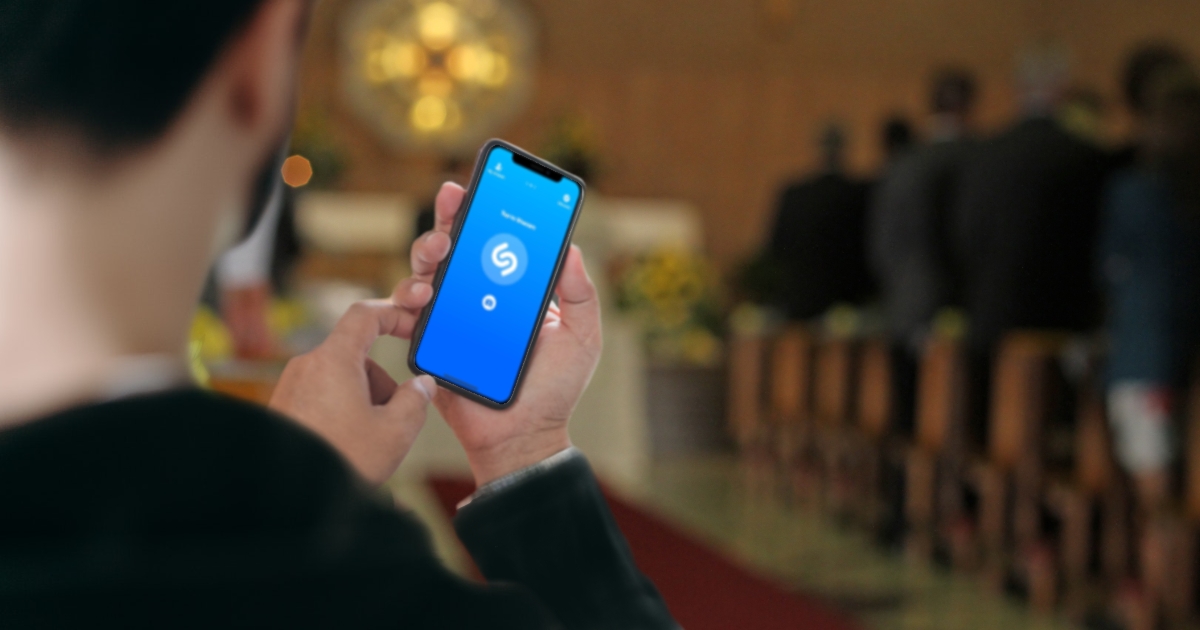 We can all relate to the feeling of hearing a great song and needing to know what it is, like, RIGHT now, but this is definitely a bit much: This guy is Shazaming the choir’s rendition of “Amazing Grace” in the middle of his grandmother’s funeral.

Ugh, buddy, please. This can wait.

The second Salt Lake City claims processor Ryan Medfield heard the church choir sing the first note of “Amazing Grace” at his 86-year-old grandmother’s funeral, his eyes lit up as if he was hearing the hottest track he’d ever heard in his life. He immediately started bobbing his head and grooving to the melody, looking to those around him with an impressed look on his face and saying, “Yeah! Woo! Wow, who is this!?”

After being ignored by the tearful mourners around him, he resorted to pulling out his iPhone, opening popular song identification app Shazam, and holding his phone high in the air above the heads of the other parishioners in an attempt to figure out what song he was enthusiastically rocking out to.

After not immediately receiving a song match in the app, he moved quickly from his pew, pushing his way through the packed congregation in a mad dash to try to get a stronger LTE signal in the entryway to the Word of God church in Provo, Utah, where his beloved grandmother was being memorialized, before the hymn ended. While able to pick up a stronger signal in the church’s lobby, the app now struggled to find the song in its database due to Ryan’s distance from the choir. He then panicked and tried Googling whatever lyrics he could pick out, but his rush caused numerous typos which rendered the search futile, so he attempted to record a bit of the track to his phone’s “voice memos” folder so he could at least listen to a shitty sounding recording of it later.

Dude, sure, it’s a great song, but honestly, not now.

Come on, man. This is your own grandmother’s funeral for God’s sake. Just keep humming the melody until you have a chance to sneak off to the bathroom or something. Show some respect for your poor grandmother and put the phone away. You’ll have all the time in the world to figure out what song “Amazing Grace” is later.