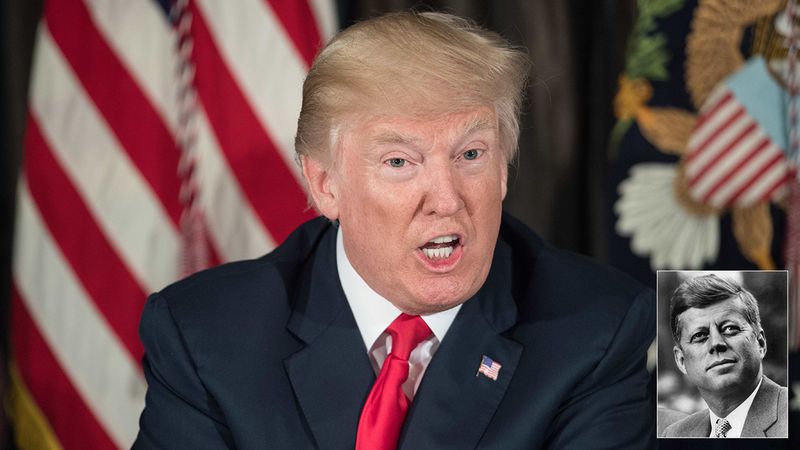 When President Donald Trump delivered a tough warning to North Korea on Tuesday, he was following in the footsteps of one of America’s greatest statesmen. As numerous Washington pundits have now noted, Trump’s threat to unleash “fire and fury” on North Korea bears strong resemblance to JFK’s historic “Prepare To Be Radioactive Skeletons, Motherfuckers” speech that he delivered during the Cuban Missile Crisis.

At the peak of the Cold War, tensions were high, and even a slight miscalculation by President Kennedy could have plunged the world into nuclear conflict. JFK knew that he had to deliver a precise, carefully crafted message to peacefully end the standoff, so he went on national television and vowed to “wipe Cuba off the goddamn map with a hellfire tsunami that’ll char Havana into a glowing ash heap” and “turn every last Cuban man, woman, child, and pet dog into a red-hot screaming skeleton, you better fucking believe it.” Firm and calm in his delivery, he went on to say that after he bombed Cuba he would “pay a personal visit to the smoldering rubble to piss all over Fidel’s corpse and plant an American flag in his empty eye socket” and then “nuke the junk-ass country all over again just for shits and giggles.”

It was a masterful stroke of diplomacy, one that Trump is now clearly trying to channel through his own rhetoric to persuade Kim Jong-un to abandon his nuclear ambitions.

As Donald Trump continues to manage the escalating North Korean nuclear program, it’s reassuring to know that he’s taking guidance from one of history’s finest orators. With Trump following JFK’s example, we can all take comfort knowing that the horrors of nuclear war will not be inflicted upon humanity.