Medical Nightmare: This Woman Is Suing Her Hospital After A Surgeon Accidentally Left His Arm Inside Her After Surgery 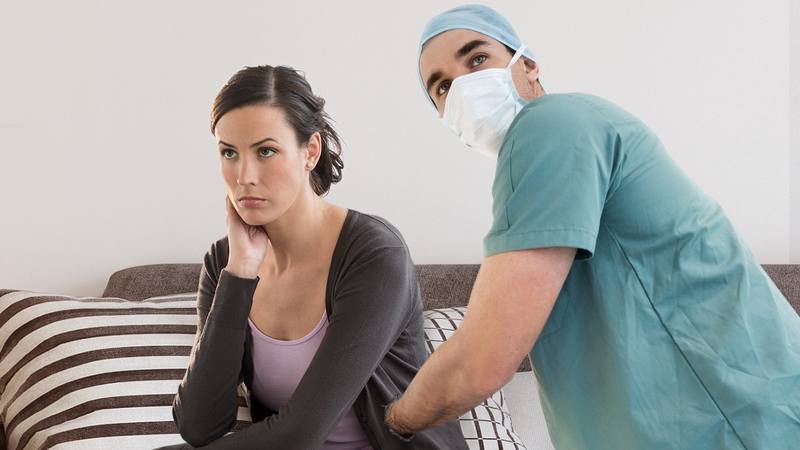 Occasionally a story comes along that reminds you that even experienced medical professionals can make major, life-threatening mistakes, and this one is at the top of the pile: A Shreveport, Louisiana woman is suing her hospital after a surgeon accidentally left his arm inside her after surgery.

Yikes. This is the kind of medical disaster you pray never happens to you.

Just a few days after she was discharged from the Christus Schumpert Medical Center following the removal of a benign tumor, Melanie Bankhead started experiencing severe abdominal pain and shortness of breath, and noticed a medical professional protruding from the area she was operated on. Melanie returned to the hospital, concerned that a surgeon’s arm had been accidentally sewn inside of her after surgery, but was told by hospital staff that the pain was only indigestion caused by the operation and that it would subside within a few days.

How wrong they were.

Over the next week, the pain in Melanie’s stomach only got worse, and she began to experience the distinct feeling of a human hand periodically squeezing her liver. After passing out when the 210-pound surgeon attached to the arm left in her abdomen slipped down the stairs and dragged her down with him, Melanie returned to the hospital emergency room. This time, doctors discovered and removed the surgeon’s arm from her stomach. They quickly confirmed the surgeon attached to the arm to be Dr. Alan Crabb, the same surgeon who had operated on Melanie, and issued a formal apology.

Wow, this level of negligence is simply unacceptable. What a great reminder to always trust your own body and intuition!

Unfortunately, Melanie’s case shows that it doesn’t matter how many stories of medical staff leaving their body parts in patients go viral, humans are imperfect and these errors do occur. Just this past year, Christus Schumpert Medical Center, the very same hospital where Melanie was treated, was in the news for leaving a nurse’s head sewed inside a patient’s body for over 18 months.

Wow, this is the sort of medical malpractice nobody should ever have to experience. But thank god Melanie listened to her body and noticed the mistake before any further complications could arise. Hopefully Melanie’s doctors are far more careful in the future.