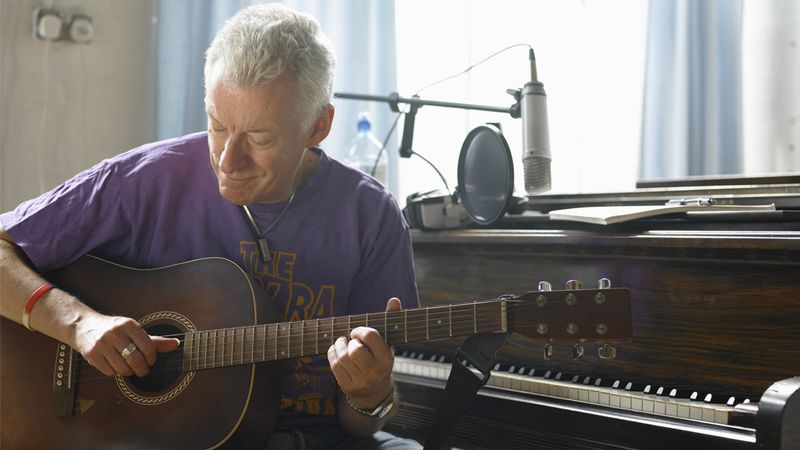 Everyone knows the music business is tough. Gaining an edge is so hard that some musicians write hundreds of songs a year and still barely manage to scrape by.

Shawn Rycroft only had to write one.

On a November morning in 1991, a tune popped into the sound engineer’s head. He liked it, so he scribbled it down on a scrap of paper, with no inkling that what he’d just written would soon be playing in homes across the world and would go down as the most popular song of the decade.

“It sounded like how I felt at the time. Kind of sad, kind of angry,” said Rycroft of the splintering melody line and coarse electric distortion that put the composition far ahead of its time. “I was producing a lot of Barenaked Ladies albums, and I really wanted to get away from that sound. That BNL sound. Now, everyone knows me for this one song. It’s the song of a generation.”

“When I showed it to my good friend David Byrne [of Talking Heads], he told me to strip it down,” added Rycroft. “All the way down. No drum track. No lyrics. Just raw synth, raw noise.”

It was a masterpiece, but when Rycroft shopped it around, no one was interested. Put off by the new sound, every label he talked to passed on the song.

“Finally, a little company called Netscape decided to bite,” said Rycroft, who recalled that it came down to “Electric Sunrise Number 1” and My Bloody Valentine’s “Only Shallow” as candidates for Netscape’s intro song. “They took a flyer on my track, and everything just took off from there.”

The rest is music history. Rival internet providers jumped on the song, and soon it was playing every single time someone wanted to connect to the web. For years, it was the most played song in the world, a tune users kept returning to again and again.

The world has moved on since then, but for Rycroft, there will always be the ’90s.

“Nowadays, it’s all so minimal. Little blips and beeps, sure, but nothing as expressive as ‘Electric Sunrise Number One’ or the Windows 98 startup theme,” said Rycroft. “That single-note song for when Macs start? It’s fine, but it’s not for me. I guess I just belong to a different age.”

Rycroft is currently at work on an extended version of the crackling tune that train conductors play before they start to speak over the intercom.