Missing The Mark: 5 Life Alert Commercials Where An Elderly Person Falls Down The Stairs And Fucking Loves It 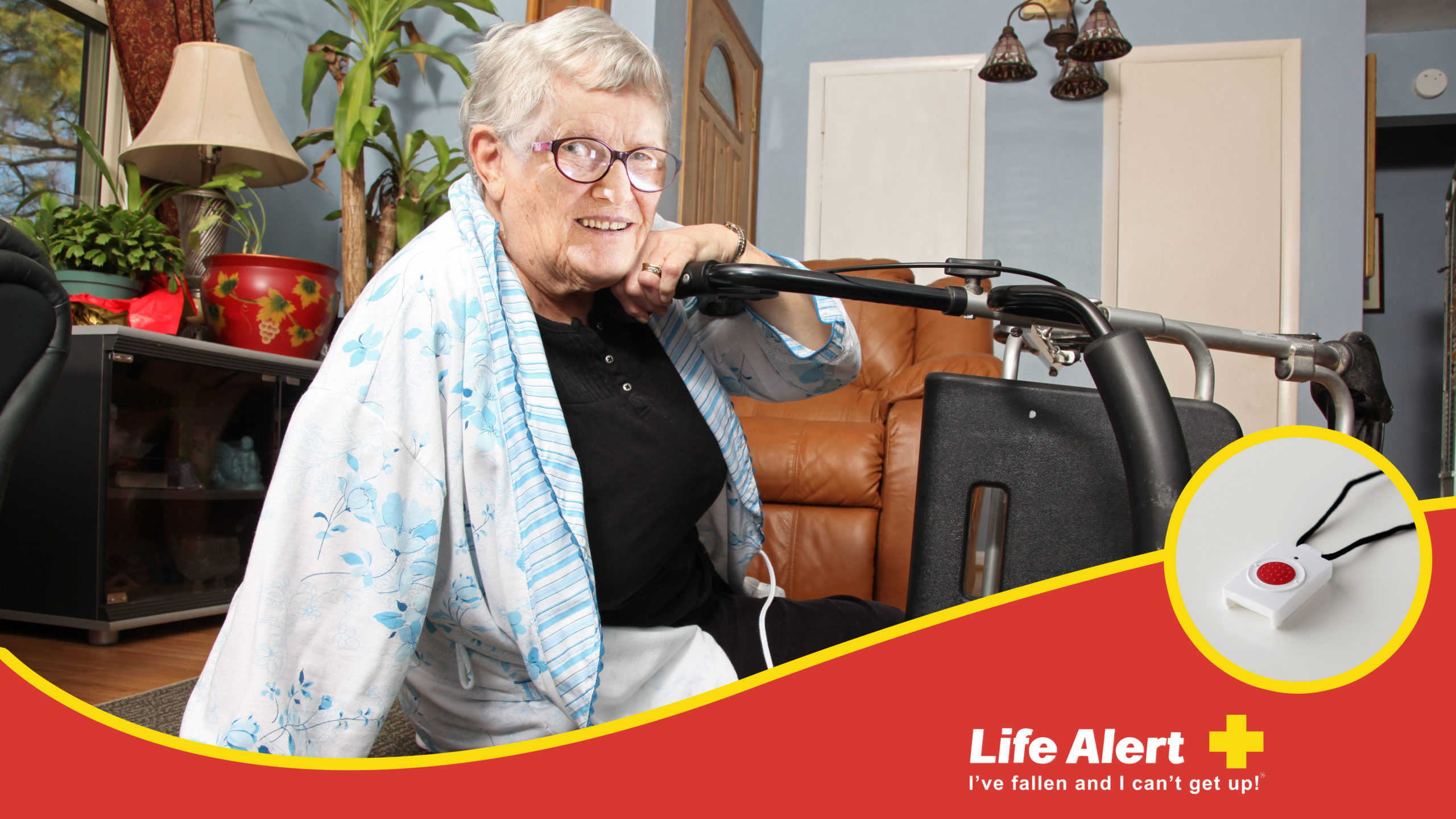 Life Alert offers a valuable product that can help save seniors’ lives, but there have been times when their advertisements completely missed the mark. Here are five instances when Life Alert really screwed the pooch with one of their ads by showing an elderly person having an incredible time falling down the stairs.

1. The one where a wet elderly man in a bathrobe slips and falls down the stairs back-first, boisterously shouting, “Now we’re talkin’!” as his head bounces off each stair.

Apparently the ad agency Life Alert hired for this commercial knew nothing about how dangerous falls can be for seniors, because instead of depicting falling down the stairs as potentially life-threatening, they made it look like a total blast. In this spot, an old man slips while coming out of the bathroom at the top of his stairs, and the overjoyed guy reacts like he’s riding a motorcycle for the first time in his life even though he keeps cracking his head on the stairs and his dentures get knocked out. The fact that Life Alert allowed this ad to air at all was incredibly irresponsible for a company that claims to be helping seniors stay safe.

2. The one where an overweight old guy takes a bad spill down the stairs and then rushes right back to the top to do it again.

Well, this was an incredibly poor way to advertise a life-saving device for the elderly. A heavyset man in his 80s takes a painful-looking fall down the stairs, then giddily runs right back up to the top like a kid on a sledding hill and falls down again, this time flashing a big thumbs-up after he hits the ground. Who approved this?

3. The one where former Surgeon General C. Everett Koop grabs an old man and purposely tumbles down the stairs with him and they enjoy the living hell out of it even though they both clearly break bones.

Life Alert couldn’t have done much worse than this commercial in which medical authority C. Everett Koop grabs a totally stationary elderly man and intentionally launches the two of them down a long spiral staircase, grinning like a maniac while the old man whistles happily on the way down. The two men are shown laughing their asses off and slapping each other on the back even as they visibly crush their legs against a wall at the end of the staircase. Not exactly a slam dunk, Life Alert.

4. The one that’s just a compilation of clips of old people joyfully taking spills down stairs while “Little Brown Jug” plays and they don’t even mention Life Alert.

One commercial depicting a senior having a fucking wonderful time falling down the stairs could be written off as a mixup, but why on Earth would Life Alert release a compilation of clips of seniors taking catastrophic falls and absolutely loving it set to the swinging big band sounds of the Glenn Miller Orchestra? Not only that, but the commercial doesn’t even show a Life Alert product or mention the brand at all. How on Earth did they stay in business after this screw-up?

5. The one where a senior tumbles down her stairs, wheelchair and all, and then giggles, “I’m not going to make it, but that was incredible,” into her Life Alert and dies with a smile on her face.

In the summer of 2003, anyone watching midday TV saw this Life Alert commercial: A woman and her wheelchair spill down the stairs, and instead of using her Life Alert to call for help, the woman uses it to tell the operator that falling down the stairs was totally worth it even though it ended up killing her. It’s safe to say the company failed pretty badly at emphasizing the importance of keeping senior citizens safe here. Life Alert, you’re going to want to institute some serious quality control measures on your advertisements so you don’t end up with another disaster like this one.