More Bad Press For Elon: The Car Elon Musk Launched Into Orbit Has Fallen Back Down To Earth And Crushed Malala Yousafzai 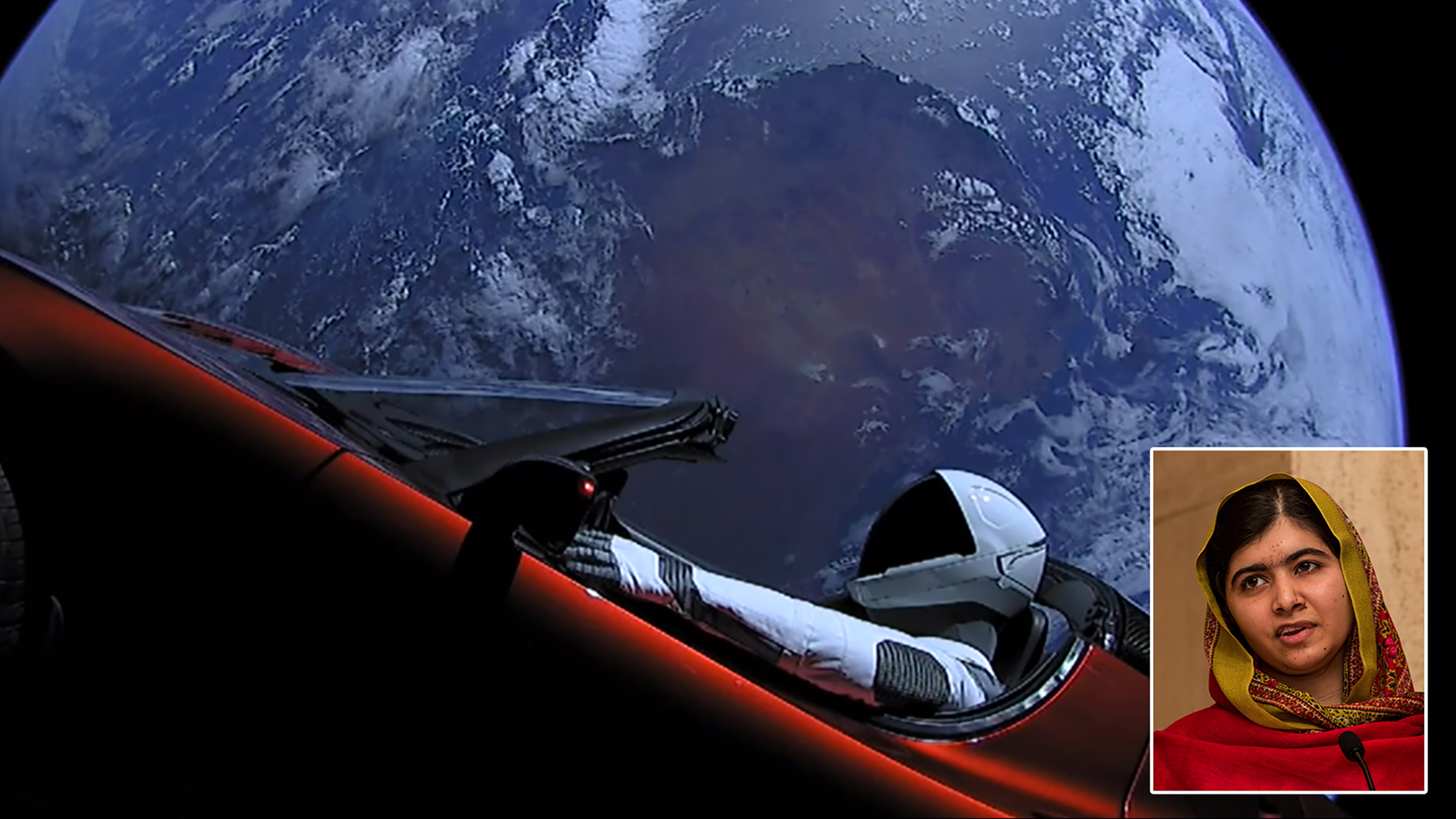 After going on a petulant Twitter tirade against the media that was applauded by anti-Semites and after facing months of scrutiny on his failing businesses, the last thing Elon Musk needs is more bad press, but instead, he has another PR nightmare on his hands: The Tesla Elon launched into orbit in February fell back down to Earth and crushed Malala Yousafzai.

Um, yeah, Elon’s personal Tesla Roadster landing in a ball of flames on top of Nobel Peace Prize winner and tireless champion for girls’ rights Malala Yousafzai is not helping to rehab the embattled Silicon Valley billionaire one iota.

According to reports, Yousafzai had been taking a walk outside her Birmingham, England home when the bright red sports car came careening down from 70 miles above the Earth’s surface to land right on top of her, leaving nothing but a smoldering crater behind. The successful launch of his car into orbit has been one of the few recent bright spots for Musk, and now it will be forever linked to the tragic and untimely death of the 20-year-old activist who has inspired millions around the globe with her amazing advocacy for peace and education.

Yikes. Suffice it to say, this is not a good look for Musk, whom Twitter has made a sport of piling onto at this point. Godspeed to his publicist today.