More People Should Have Donated: Wikipedia Has Announced They Will Be Forced To Take Down Their Entry For ‘Ostrich’ Due To Lack Of Funding 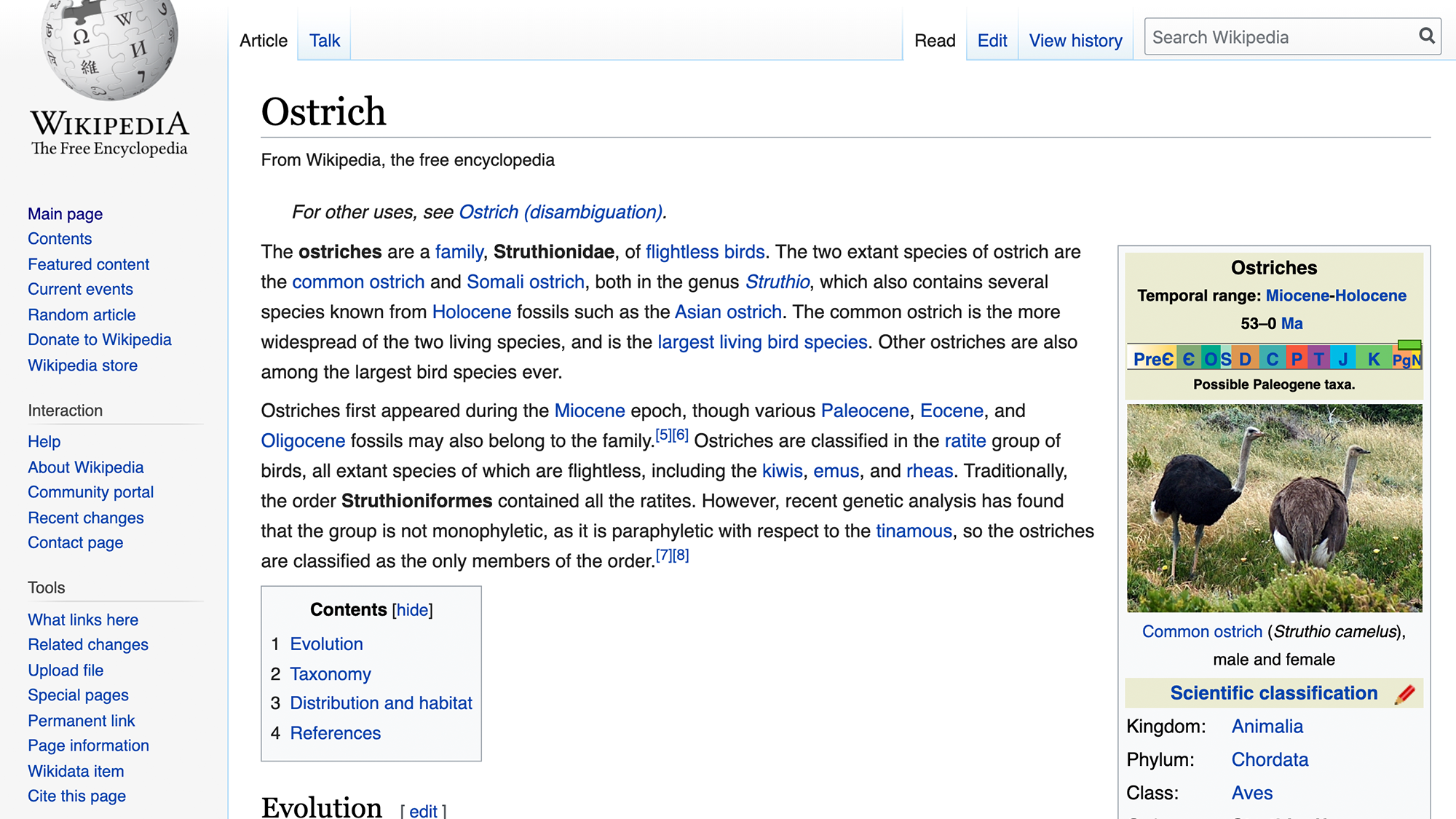 One of the world’s most popular reference sources is facing a financial crisis that has forced them to make significant cuts and will no doubt leave readers struggling to adjust: Wikipedia has announced that they will be forced to take down their entry for ostrich due to lack of funding.

This is horrible. More people should have donated to Wikipedia when they had the chance.

Wikipedia cofounder Jimmy Wales announced today that, starting next Monday, people will no longer be able to learn anything about ostriches on Wikipedia since the online encyclopedia no longer had the financial resources necessary to maintain the site’s entry for that animal. Facts such the ostrich’s scientific name, the size of its eggs, and its mating habits will no longer appear together on a convenient Wikipedia page titled “Ostrich.”

“If everyone reading this had donated just $5 during our last fundraiser, we would have had enough money to keep the ostrich page up for another 80 years, but not enough people took the time to do that, so now you’ll have to go to some other website for your ostrich facts,” Wales wrote in his statement, which appeared on the Wikipedia homepage this morning. “We tried scaling back the entry so that it just said, ‘Ostriches are a bird,’ but even that put too much of a strain on our finances. We sadly had no choice but to delete the page from Wikipedia entirely.”

We never should have taken Wikipedia for granted! We’re going to have to find a new place to learn about ostriches online.

According to Wales, although shutting down Wikipedia’s ostrich entry will save the site a significant amount of money, donations have been so sparse in recent years that site administrators have also been forced to consider taking down the Wikipedia entries for the San Diego Padres, oatmeal, and the Tokyo subway system.

It definitely seems like Wikipedia is in serious trouble! If more people don’t start donating soon, who knows how many more pages the site will be forced to take down? Here’s hoping that Jimmy Wales and company find a way to increase their revenue and get the Ostrich entry up and running again as soon as possible!