Mutually Assured Destruction: These White Former Classmates All Still Have The Video Of Their 12-Year-Old Selves Rapping ‘Straight Outta Compton’ 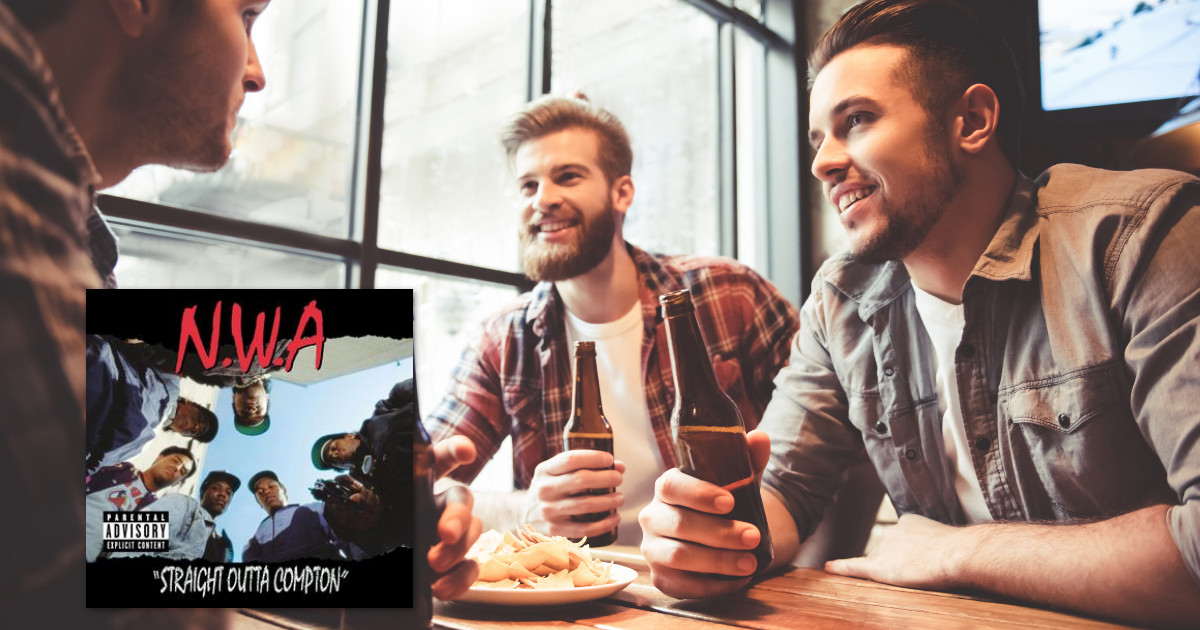 Growing up, we all make mistakes that seem harmless at the time but are absolutely mortifying in retrospect. Unfortunately for a group of childhood friends from Cranford, New Jersey, they preserved one of their most regrettable middle school moments on camera—footage that would take them each and every one of them down should it ever see the light of day again: These white former classmates all still have the video of their 12-year-old selves rapping “Straight Outta Compton.”

When Daniel Thurston, Eli Silverstein, and Jordan Donnelly filmed their preteen selves rapping the notoriously profane N.W.A. classic at a sleepover back in 2008, little did the caucasian boys know that the finished product would one day have the power to absolutely destroy them all. The compromising footage, recorded on the webcam of Daniel’s basement family computer, features each friend performing Ice Cube, MC Ren, and Eazy-E’s verses, wearing middle school soccer team sweatshirts with the hoods up, flipping off the camera, and casually dropping every N-word used throughout the song. Though a few years later the boys had the foresight to take the footage off of Facebook, where they had publicly posted it the very night it was filmed, Daniel, Eli, and Jordan still have access to the video file via an old email thread between them, guaranteeing that if any of the three had a personal fallout and were to use this social nuke against the others, they’d all be taken down together.

While Jordan had once considered deleting the email for good measure—paranoid about the off chance his email account would be hacked and the video of his braces-mouthed, acne-ridden 12-year-old self rapping lyrics such as “I find a good piece of pussy and go up in it” in a blaccent somehow went viral on the Internet—a part of him felt that in the event of Daniel or Eli turning on him and trying to ruin his life for some reason, he should hold onto the video as a deterrent, or, in a worst case scenario, a retaliatory warhead. Unbeknownst to Jordan, both Daniel and Eli—who at one point in the footage is wearing just the Rocawear wife beater he’d begged his mom to buy him and making the Bloods gang sign with his hands—had the exact same thought and refrained from deleting the video as well. Despite the fact that all three remain on good terms and currently have no incentive to launch such a scorched earth attack—one which would unveil mortifying footage of Daniel acting tough by pulling up his shirt and pointing at his abs with an airsoft pistol he’d made look like a real gun by blacking out the orange safety muzzle with a Sharpie—the idea alone that each of them has this doomsday option in their back-pocket is probably enough to deter any of them from making it public at any point in the future.

Yep, this is definitely a mutually assured destruction sort of situation.

Luckily for Daniel, Eli, and Jordan, it’s hard to imagine any hypothetical circumstances in a friendship dire enough to merit releasing such a brutally embarrassing video to the public. It’d be kamikaze, plain and simple, and just the mere thought of what would happen if it got out should be more than enough to keep these guys in line.