My 2-Month-Old Son Won’t Stop Demanding Soda In A Grown Man’s Voice. Does Anyone Have Any Advice? 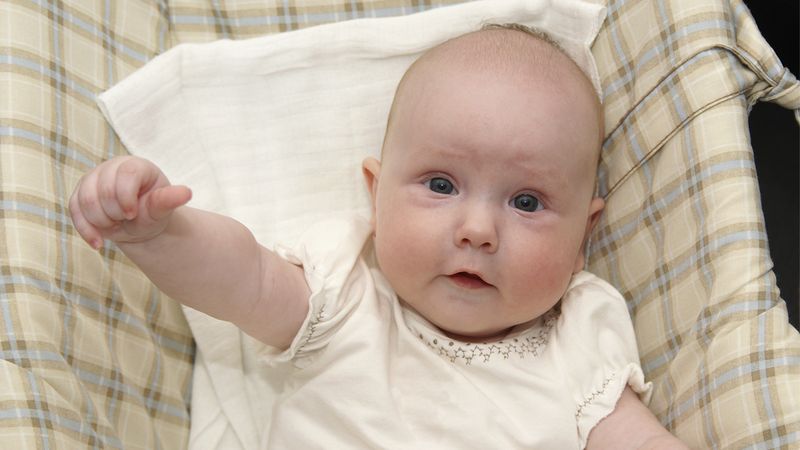 As a new mother, a lot about my life has become overwhelming. Ever since my son, Jacob, was born two months ago, my husband, Mark, and I have been struggling to balance our lives while trying to stay sane and provide our child with the constant love and care that he needs. But of all of the challenges that have come with being a new parent, I’d say that the most difficult is dealing with the fact that our newborn son constantly demands soda in a grown man’s voice, and we’re having trouble figuring out how to get him to stop.

Don’t get me wrong, I love my son, and both Mark and I were thrilled about his early cognitive development, but it can sometimes be overwhelming when our infant is screaming things like, “Soda! There must be soda! Soda for me, the boy! Soda for the boy! I am the boy!” in the deafening baritone voice of a furious middle-aged man at all hours of the day and night.

Are there any parents out there who have encountered this problem with their own children and have some advice for what to do about it? We have tried everything—rocking him, singing to him, feeding him—but no matter what I do, Jacob just keeps screaming, “Bring me the sweet nectar named soda! The soda! You must deliver soda! I am the boy! Bring soda! Black bubbling nectar for the boy! Get me soda immediately! I am the boy!” Nothing has worked, and I’m just about reaching my wits’ end!

…it can sometimes be overwhelming when our infant is screaming things like, “Soda! There must be soda! Soda for me, the boy! Soda for the boy! I am the boy!”…

I’ve even tried indulging my baby’s thunderous demands for soda in an attempt to get him to stop screaming in the voice of an angry adult. I brought him a can of Sprite because I thought it would get him to quiet down, but instead he just took the can out of my hands and started screaming, “At last!” over and over again in a voice that was several octaves lower than before.

He didn’t even drink the soda. Eventually, I took the can from him, but once I did that, he just started insisting that I bring him soda all over again.

If there’s anyone out there who has experience in dealing with newborn babies who demand soda in a grown man’s voice, my husband and I would really appreciate any advice you’d be willing to give us. We haven’t been able to sleep, because every time either of us dozes off, we’re immediately awakened by the adult-voiced roar of my newborn son declaring that he must have soda. We are both very tired!

Thank you in advance for all of your help!