My Daughter Is Running A Fever And Keeps Coughing Up Pieces Of Evidence From The O.J. Simpson Trial. Any Parents On Here Have Some Advice? 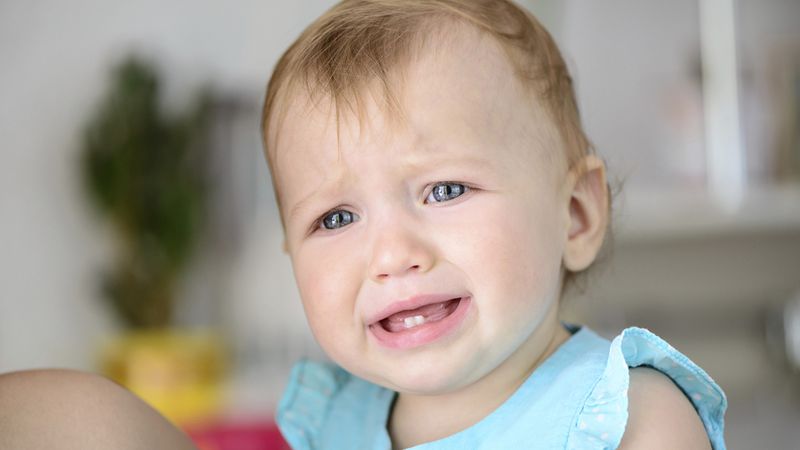 Hi, I’m a relatively new dad, and I was hoping some other parents on here might be able to help me out. Since this morning, my 10-month-old has been running a fever and intermittently coughing up pieces of evidence from the 1995 trial of O.J. Simpson. I was wondering if any experienced parents could give me some advice?

My wife and I checked her temperature at noon and it was at 102°. Now, she’s up to 103.5°. I know that’s not too high, but right after that she threw up an evidence bag that contained the blood-stained glove that Simpson famously struggled to try on during his trial for the double murder of Nicole Brown and Ron Goldman, so I’m wondering if it’s something more serious. Should I be worried?

We’ve also been having trouble getting her to sleep. Every time we get her to close her eyes, she wakes herself up by coughing out a vial of DNA evidence found inside Simpson’s Ford Bronco, or one of the tapes of Detective Mark Fuhrman using racial slurs that Simpson’s defense team used to discredit him during the trial.

Every time we get her to close her eyes, she wakes herself up by coughing out a vial of DNA evidence found inside Simpson’s Ford Bronco…

My wife and I know that all kids get sick from time to time, but we’re just getting concerned about our little girl! She is very uncomfortable and cranky, and she just hacked up Simpson’s domestic abuse record and a number of hair follicles found on the victims’ bodies that match Simpson’s hair.

It’s been a long 24 hours and the fever still hasn’t gone down, but the evidence she’s been coughing up has become increasingly compelling. About an hour ago, I rocked her in the bathroom for a little while with the shower on, hoping that the steam would soothe her. Unfortunately, she just ended up opening her mouth wider than I thought possible as a young Kato Kaelin fell out of her head and onto the bathroom floor, shouting “I think he did it” and then sprinting out of my house. I don’t know where he went, but my daughter’s coughing is only getting worse, and my wife and I are at our wits’ end.

If her fever increases or she keeps coughing up evidence from “The Trial of the Century,” I might just take her in to the ER. Sorry we’re so clueless! Katherine is our first child, and we’re still learning how to do this whole parenting thing. Any advice would be very much appreciated!