Mystery Solved! The Lincoln Memorial Was A Tribute To President Abraham Lincoln 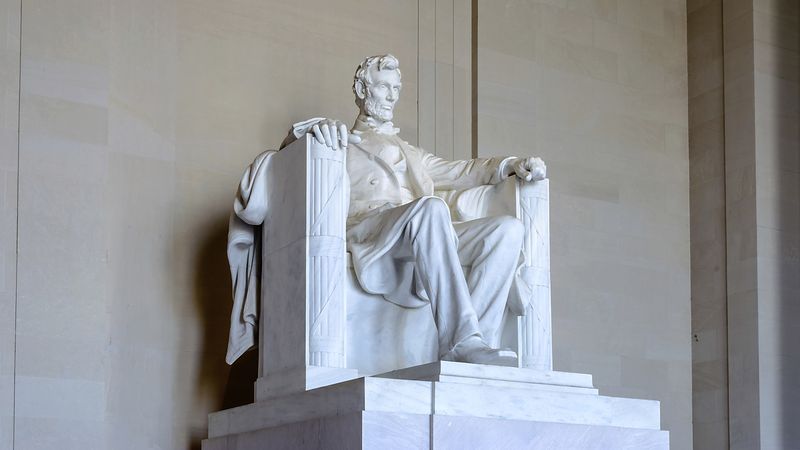 The Lincoln Memorial has long presented an enigmatic problem for historians and archaeologists. Who built this strange marble and limestone monolith, and exactly what is it doing on the National Mall? Well, get excited, history buffs, because a group of researchers say they may have unraveled the mystery of this iconic structure.

That’s right. After detailed study, experts have reason to believe that the Lincoln Memorial was actually built as a tribute to America’s 16th president, Abraham Lincoln! Amazing!

“While we know very little about the memorial’s builders, we now believe they left clues that the stone man sitting in the large chair was actually meant to represent Abraham Lincoln,” said the research team’s leader, art historian Gregory Karr. “For instance, our findings indicate that many of the building’s inscriptions could plausibly be quotations from 19th-century U.S. president Abraham Lincoln himself and may have been pulled from speeches that would have been familiar to people living at the time.”

“After further examination, we think these similarities are far more than mere coincidences,” Karr added. “We also noted that the Lincoln Memorial stands less than two miles away from the White House, where it’s established that President Lincoln lived for a short while.”

Karr and his team also used cutting-edge technology in their study of the memorial’s strange seated statue. Examining the figure alongside several well-preserved representations of the 16th president, they were able to observe a strong facial resemblance.

Take a look at this mind-blowing comparison the team did:

“A side-by-side analysis with President Lincoln’s $5 bill portrait yielded a 96.7 percent match,” Karr said. “Note how the likenesses share similar noses, ears, and characteristic beards. Of course, it’s important to remember that the statue inside the Lincoln Memorial is much larger than the president.”

“Naturally, there are many questions that are still unanswered,” Karr continued. “Is it possible that the Lincoln Memorial is nothing more than a lunar calendar of some kind, or perhaps serves some sort of religious purpose? We don’t know for sure, and, quite frankly, it will likely take decades of additional research to determine what this formation truly means.”

While we may never know for sure, one thing remains certain: The mystery of the Lincoln Memorial will continue to perplex and fascinate Americans for years to come!