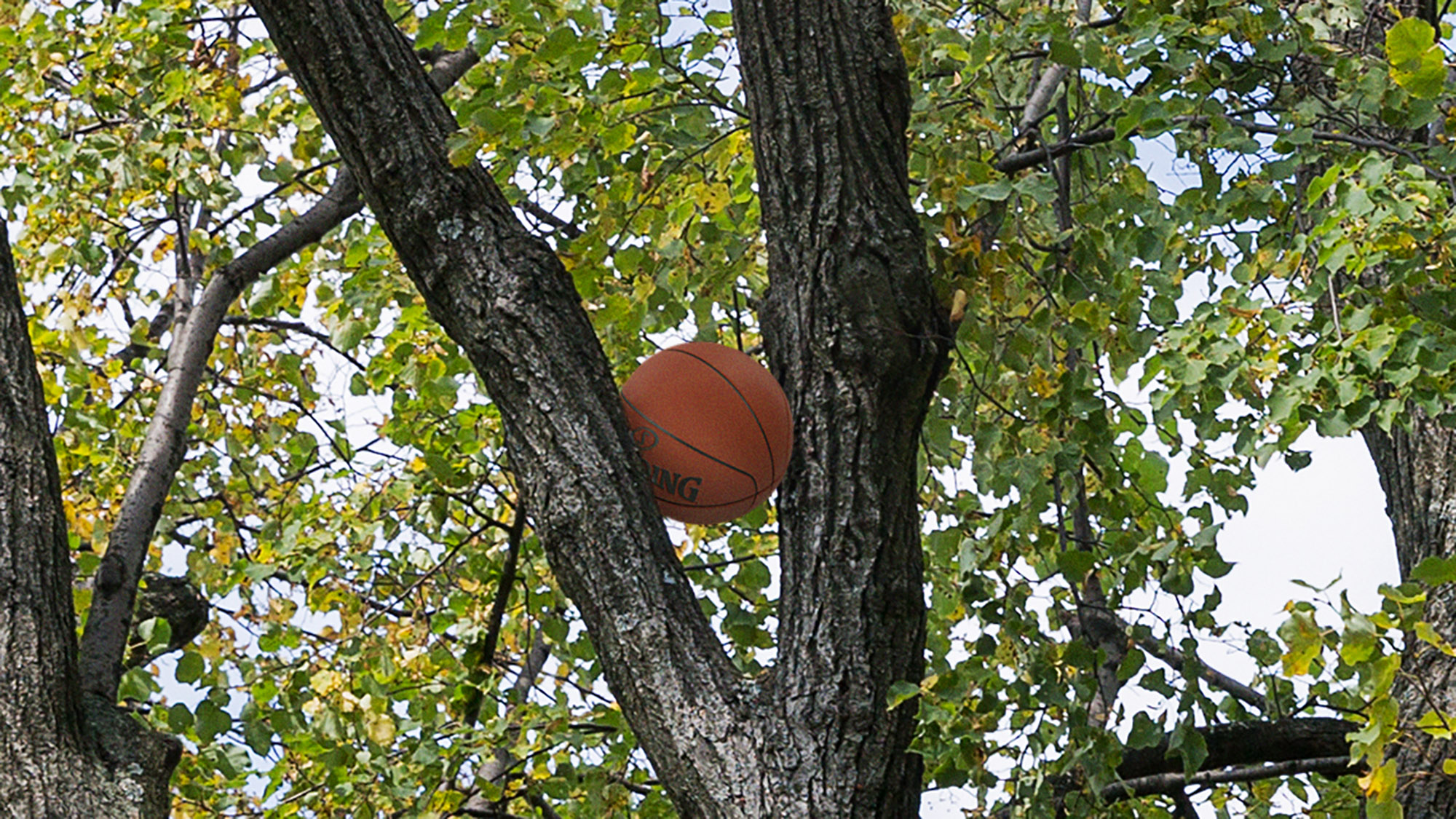 Any aspiring stargazers out there are going to want to take note, because an amazing astronomical phenomenon will be on display very soon: According to NASA, next Sunday there will be an incredibly rare “Spalding Eclipse,” in which the sun passes directly behind the basketball wedged in the tree outside this boy’s house.

Amazing. The universe is so beautiful.

The eclipse, which will be visible to everyone in 13-year-old Dylan Lawson’s backyard, is set to take place at 2:55 p.m., when the sun’s path will completely align with the basketball that got stuck in the upper branches of the big tree behind Dylan’s house three years ago following a bungled jump shot that sailed right over the backboard of the basketball hoop in his driveway.

According to NASA, the Spalding Eclipse was first observed three years ago, when Dylan’s friend Brandon interrupted their all-day FIFA marathon to point out how the sun had gone completely behind the basketball. The event happens very rarely, and astronomers say that the best place to view the stunning moment when the sun passes behind the basketball is in Dylan’s yard directly next to the swing set.

Astronomers say that the sun will be completely obscured by the basketball for only a few minutes, so you’ll have a pretty small window of time to witness this stunning phenomenon. And once the Spalding Eclipse is over, it won’t happen again for another 125 years, provided that Dylan’s dad doesn’t pull the big ladder out of the garage and finally take it down like he’s been threatening to do for months.

So if you can, be sure to get to Dylan’s yard tonight to witness the moment that the sun disappears behind the basketball in Dylan’s tree. The Spalding Eclipse is sure to be a breathtaking spectacle, and this might be your only chance to see it!