Nerves Of Steel: This Guy Is Scarfing Down The Trader Joe’s Free Samples Without Even Doing That Pretend Curious Glance At The Product’s Box 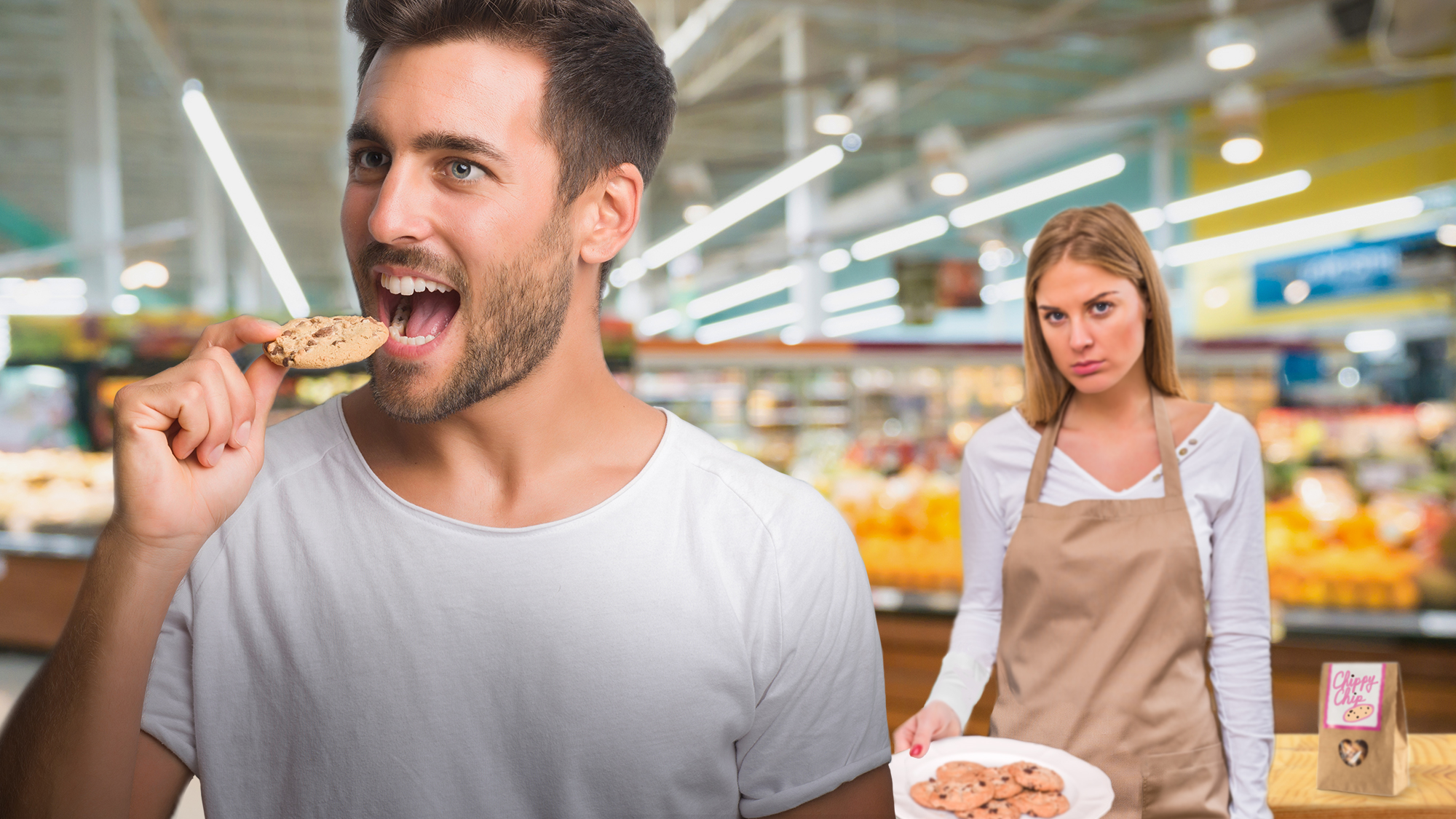 Goddamn. If you’re in Chicago, stop what you’re doing and head to the Trader Joe’s on Clybourn because there’s an impressive display of confidence going down that will absolutely blow your mind: This guy is scarfing down the free samples without even doing that pretend curious glance at the product’s box.

Whoa. Dude’s got nerves of steel!

Much to the awe of his fellow shoppers, 28-year-old Brad Norman has been boldly stationed at the Trader Joe’s free sample table for a good several minutes now, brazenly scarfing down nearly half a tray of the complimentary mac and cheese bites without even pretending to be interested in buying the product. While most shoppers would at the very least humor the employee handing out the samples with half-assed questions like, “Mmm, what’s in these?” or “So is there a sale going on with these right now?” Brad hasn’t even bothered making eye contact with her, completely ignoring her spiel about how quick and easy the bites are to prepare while he continues to stuff the samples down his gullet with icy disregard towards the established Trader Joe’s norms.

Even when the employee tried to explain to Brad that there were seven different kinds of cheese in the bites, he couldn’t even be bothered to grunt out a polite “Oh, yum!” or “You can never have enough cheese!” to make it seem like he’s actually considering buying a box for himself. Nope, he’s instead making it unmistakably clear that he is a man of no shame who is only there to take advantage of free food, and he knows that no one will stop him because he is technically not breaking any rules. He knows that the customer is indeed always right, even if what they’re doing feels so, so wrong.

Wow. This guy’s got some seriously huge cojones.

At press time, Brad had just succeeded in depleting the entire tray of samples, and sources say that he is now walking around the store while keeping an eye on the sample table, presumably so that he can swoop in and continue indulging himself as soon as the mac and cheese bites are replenished. Goddamn, if this is how the guy behaves with just a single free sample table, imagine what kind of damage he could do in a freebie wonderland like Costco—he could eat his entire body weight in a single lap around the store! While we can’t say we respect Brad and his borderline sociopathic grocery store behavior, we are admittedly very, very impressed.