New Rule: The TSA Is Letting Low-Risk Travelers Say ‘I Wish My Hands Were Guns’ At Security Checkpoints 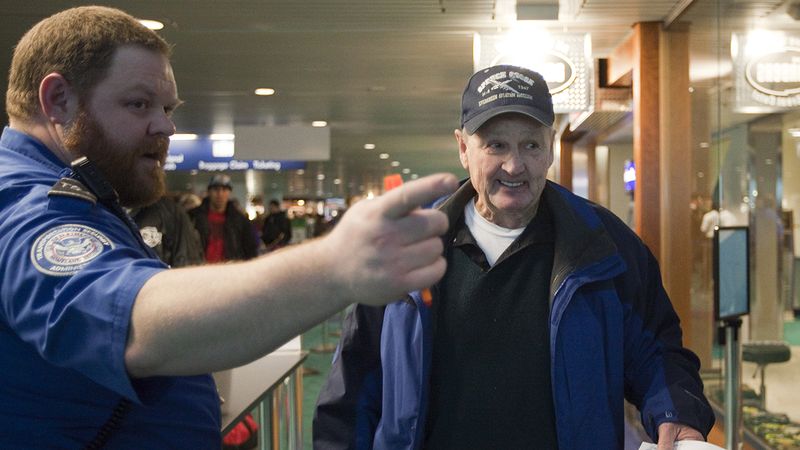 Think airport security these days is a little excessive? You’re not alone, and the TSA has heard your pleas! The federal agency announced this week that starting May 1, certain approved travelers will be allowed to say the phrase “I wish my hands were guns” at any point during their security screening.

Under the new exploratory SafeSelect program, anyone deemed “low-risk” by the TSA will enjoy the privilege of saying “I wish my hands were guns” to security personnel and fellow travelers at their leisure, without having to fear arrest or detention.

“Travelers qualifying for SafeSelect are exempt from standard restrictions on saying the words ‘I wish my hands were guns’ out loud,” said TSA acting administrator Melvin Carraway, adding that program members may say ‘I wish my hands were guns’ whether they are waiting in line, stepping into the body scanner, or getting patted down by a security official. “The program is intended to expedite the screening process and avoid wasting resources on interrogating passengers who—despite stating that they wish their hands were guns—pose no legitimate security threat.”

Awesome! This is great news for law-abiding citizens who just want to check in, tell the TSA officer they wish they had guns for hands, and head to the gate without all the hassle.

A word of warning, though: The TSA has emphasized that even for SafeSelect enrollees, saying “My hands are guns,” “I wish my hands were bombs,” or “I wish my guns were here right now” remains strictly prohibited.