New School Of Thought: Anthropologists Now Believe That Early Man Evolved Opposable Thumbs To Give Each Other Thumbs-Up 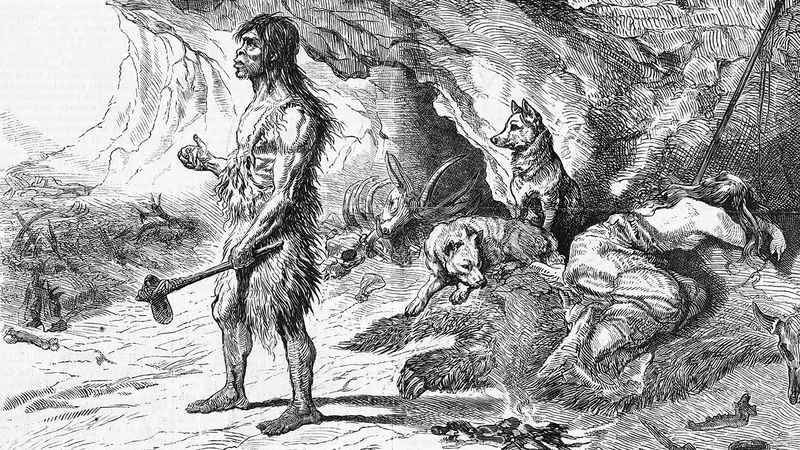 For much of recorded history, the greatest minds have come together to solve humanity’s greatest mystery: why humans evolved opposable thumbs. It proved to be an impossible task, and the discovery was considered the Holy Grail of anthropology. Now, leading scientists have discovered strong evidence to suggest that early man evolved opposable thumbs to give each other thumbs-up.

“The discovery of the century was found in the fossilised remains of a complete Homo habilis skeleton that our anthropologists can only interpret as giving a thumbs-up,” begins the report released by Oxford University, “The ability to nonverbally say ‘Oh, nice’ or ‘Good stuff’ may have been the evolutionary advantage that set them apart from their fellow great apes.”

Mind. Blown. This is the sort of major development that fundamentally changes the way history is taught. But the paper’s incredible findings don’t just stop there:

“The early humans unable to give thumbs-up were isolated by their inability to convey satisfaction to one another after finding a particularly shiny rock, so they died off,” continues the report. “Meanwhile, their opposable-thumb brethren were developing an early form of agriculture after someone took a plant out of the ground and someone else gave them a thumbs-up.”

Fascinating. The report goes on to describe how, toward the end of the Neolithic period, double thumbs-up and even thumbs-down begins to show up in the anthropological record. According to the paper, humans’ mastery over fire would have been impossible if not for thumbs-up to indicate that being warm is good, but thumbs-down to say fire can also burn you.

Wow. It’s amazing how a simple gesture could drastically change the way we view the past. Here’s hoping that more research reveals even more insights into human evolution!