Nostalgia Overload: The Cast Of ‘Clarissa Explains It All’ Killed Each Other Over A Priceless Diamond Last Night 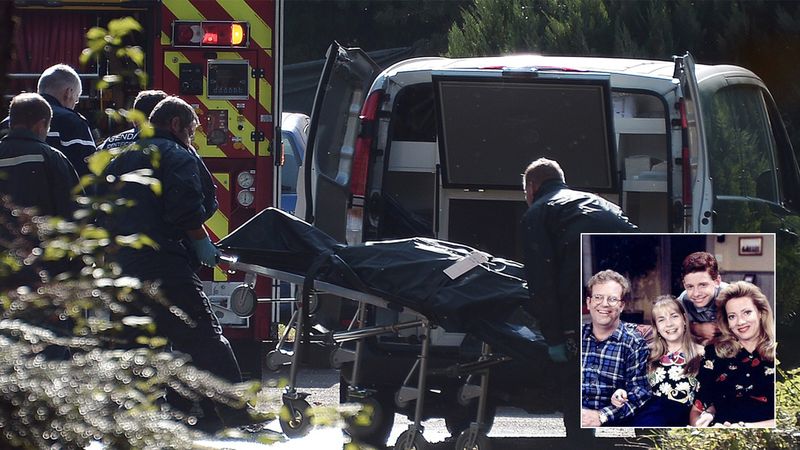 If you loved Nick shows in the ’90s, prepare to have your mind blown. In an unannounced reunion, the principal cast of Clarissa Explains It All murdered each other last night after botching an attempt to steal the priceless Sancy diamond from the Louvre in Paris.

Just check out this awesome picture of the Darling family then and now!

Simply amazing, even for casual Clarissa fans (if those even exist!).

There are so, so many great moments from last night’s impromptu reunion, but these have to be the top ones:

When Melissa Joan Hart screamed at her TV mom, Elizabeth Hess, that she deserved a bigger share because she was the one who accidentally killed that guard by injecting him with too much aprobarbital, so she could be facing life in prison for this shit, and then Elizabeth Hess snapped back that it’s her fault she fucked up her role in the heist and to not dump this bullshit on the rest of the group.

When lovable bully Clifford Spleenhurfer (played by the magnificent David Eck) arrived via a heating duct and revealed that he and Joe O’Connor (Papa Darling) had made a secret alliance to kill the others and split the earnings between themselves, right before Joe O’Connor shot him.

When lil’ bro Jason Zimbler (Ferguson Darling) fatally bludgeoned Melissa Joan Hart over the head with his crowbar after she told him he didn’t deserve his share because he didn’t put up the 10 grand each of the others had to cover security, reconnaissance, and equipment costs. Those two! Still at it!

When it turned out David Eck was actually not completely dead and was able to crawl to the gun dropped by Elizabeth Hess when Jason Zimbler stabbed her with a penknife and shoot Joe O’Connor right before he made it out of the vault with the diamond.

Also, David Eck got HOT! The years since the ninth grade have been verrry kind.

The only downside was that Clarissa’s best friend, Sam Anders (Sean O’Neal), was not able to attend because he had a prior commitment shooting a commercial in Arizona, but he said he was sorry he missed out. We hope you’re around for the next reunion, Sean!