Not Afraid Anymore: Since Last Week’s Episode Of ‘America’s Funniest Home Videos’ Aired, Thousands Of Americans Have Come Forward With Stories Of Wiping Out 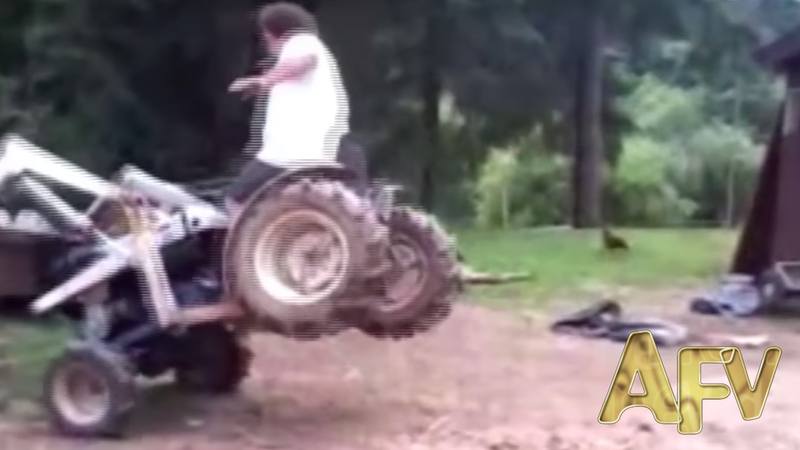 It’s an ever-present part of life that our society doesn’t like to talk about publicly. An open secret that affects us all but is still taboo. That is until last week, when an episode of America’s Funniest Home Videos aired that captivated the nation—and since then, thousands of Americans have come forward to share their own stories of wiping out.

This inspiring moment began shortly after last night’s episode of America’s Funniest Home Videos, which featured raw and unflinching footage of a man riding his bicycle into a fence and getting thrown over the handlebars and flying into a chicken coop.

This uncompromising depiction of a real person wiping out resonated deeply with many viewers, and shortly after the episode ended, a 40-year-old Iowa resident named Luke Sutherland sent out this courageous tweet about his own personal experiences with wiping out:

Soon, thousands upon thousands of people were following Sutherland’s lead and had begun speaking out with the hashtag #mywipeout about times in their lives when they had wiped out. People began coming forward about the time their skateboard flew out from under them and they crashed right into a birthday cake, or the time they were jumping on a diving board and the diving board broke and they tumbled into the pool headfirst. People who had kept their wipeouts secret for years were no longer afraid to open up about their epic pratfalls.

Many Americans, like Eliza Warrenton, a 60-year-old homemaker from Portland, ME, took to Twitter to come forward with a personal account of a wipeout that happened decades earlier, but which she only felt comfortable sharing publicly in the wake of the AFHV episode.

Even celebrities are sharing their personal wipeout stories, like Avengers star Mark Ruffalo, who talked about a trampoline blunder that he’s never disclosed to anyone but his closest friends and family.

Absolutely inspiring. As more and more narratives of wiping out pour in from all over America, it’s certain that this phenomenon isn’t a flash in the pan, but a full-blown revolution. America’s Funniest Home Videos has started a national dialogue about face-planting, belly flopping, and laying out, and those among us who have wiped out don’t need to stay silent anymore.