Not Fooling Anyone: This Middle Schooler Who’s Loudly Claiming He Already Lost His Virginity Obviously Doesn’t Realize Everyone Can See His Chastity Belt 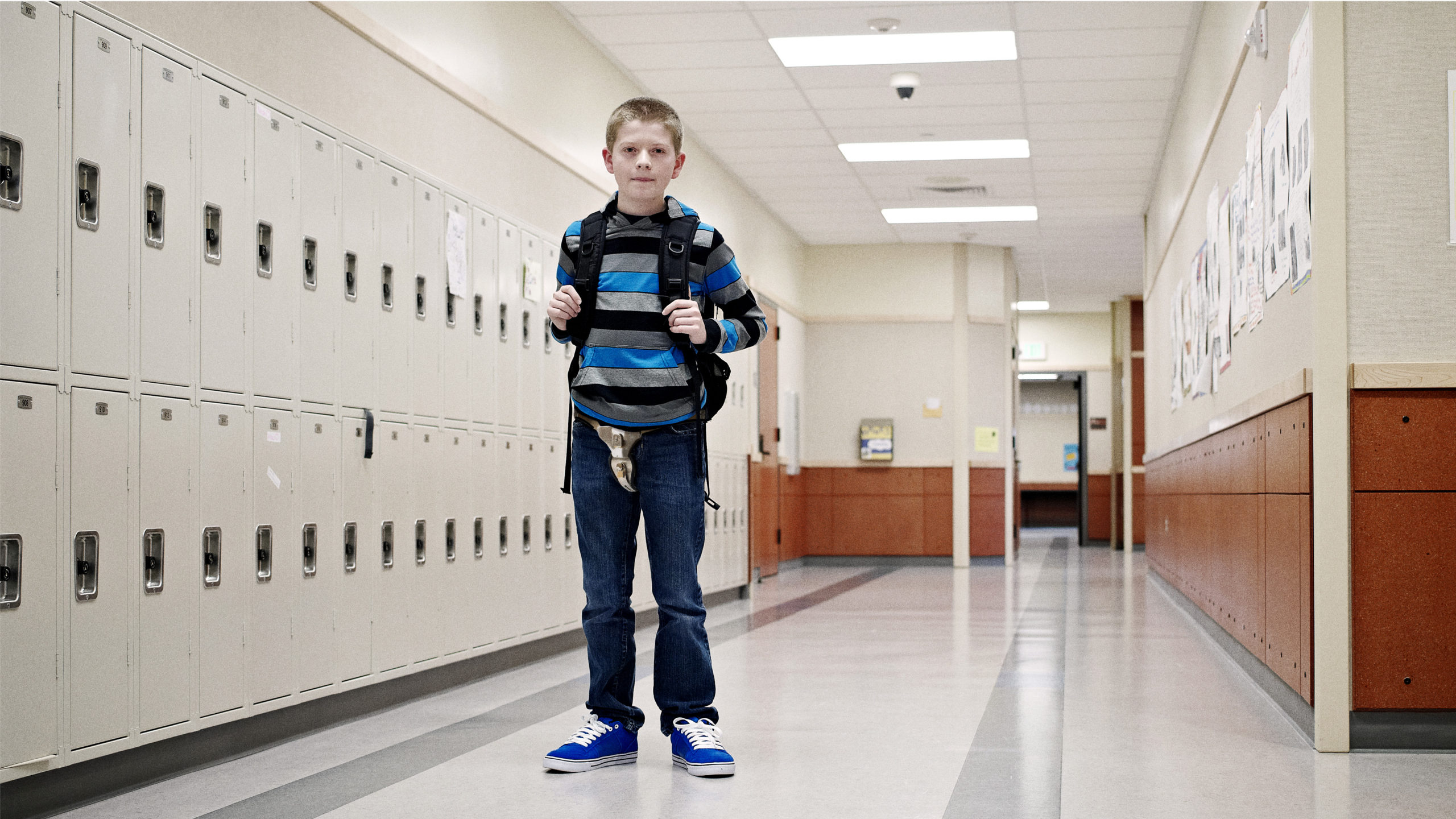 Get ready for the most cringeworthy story you’ve ever heard, because this boy in Sparks, NE just got caught in a massive, humiliating lie and he doesn’t even know it: This middle schooler who’s loudly claiming he already lost his virginity obviously doesn’t realize everyone can see his chastity belt.

Although Brandon Morreti, a seventh-grader at Mendive Middle School, is currently attempting to convince the other kids at his lunch table that he lost his virginity at summer camp last year, it’s extremely clear he’s making the whole thing up because his iron chastity belt is still fastened over his pants, and it’s not like he could just pry the 400-year-old family heirloom off himself and have sex without the brass key required to for the massive padlock that keeps it fastened around his genitals. Since everyone knows that Brandon’s dad is the only one with the key and that he wears it on a chain around his neck for safekeeping, it’s completely obvious that all of Brandon’s elaborate details about how he did it with one of the girls at his camp are complete bullshit.

Seriously, give it a rest, dude! You don’t honestly think your friends are going to believe you lost your virginity when there’s 5-inch-thick metal barrier covering your crotch, do you? You’re just coming off as pathetic.

Besides, we know Brandon’s father would literally never unlock the belt because he’s always talking about how “the desires of the flesh” would “sully Brandon’s purity irrevocably and consign him to a life of pain and suffering.” God, it’s so pathetic to listen to Brandon claim that the girl from camp is now his girlfriend and they “totally do it all the time” when we all know he’s going to be wearing that belt until the day of his wedding, when Brandon’s dad will finally unlock the belt so that he can consummate his nuptials and sire a child under the consecrating gaze of the Lord.

Face it, Brandon, everyone will know you’re a virgin until your father unshackles the belt for good and melts it down in a furnace where it’ll be reshaped for your firstborn son. You’re completely delusional if you think you’re fooling anyone. It’s seriously just embarrassing at this point.