Not Sure What He’s On About, But Okay: Tony Danza Has Taken Out A Billboard In Central Pennsylvania With A Picture Of His Face That Just Says ‘Hello’ 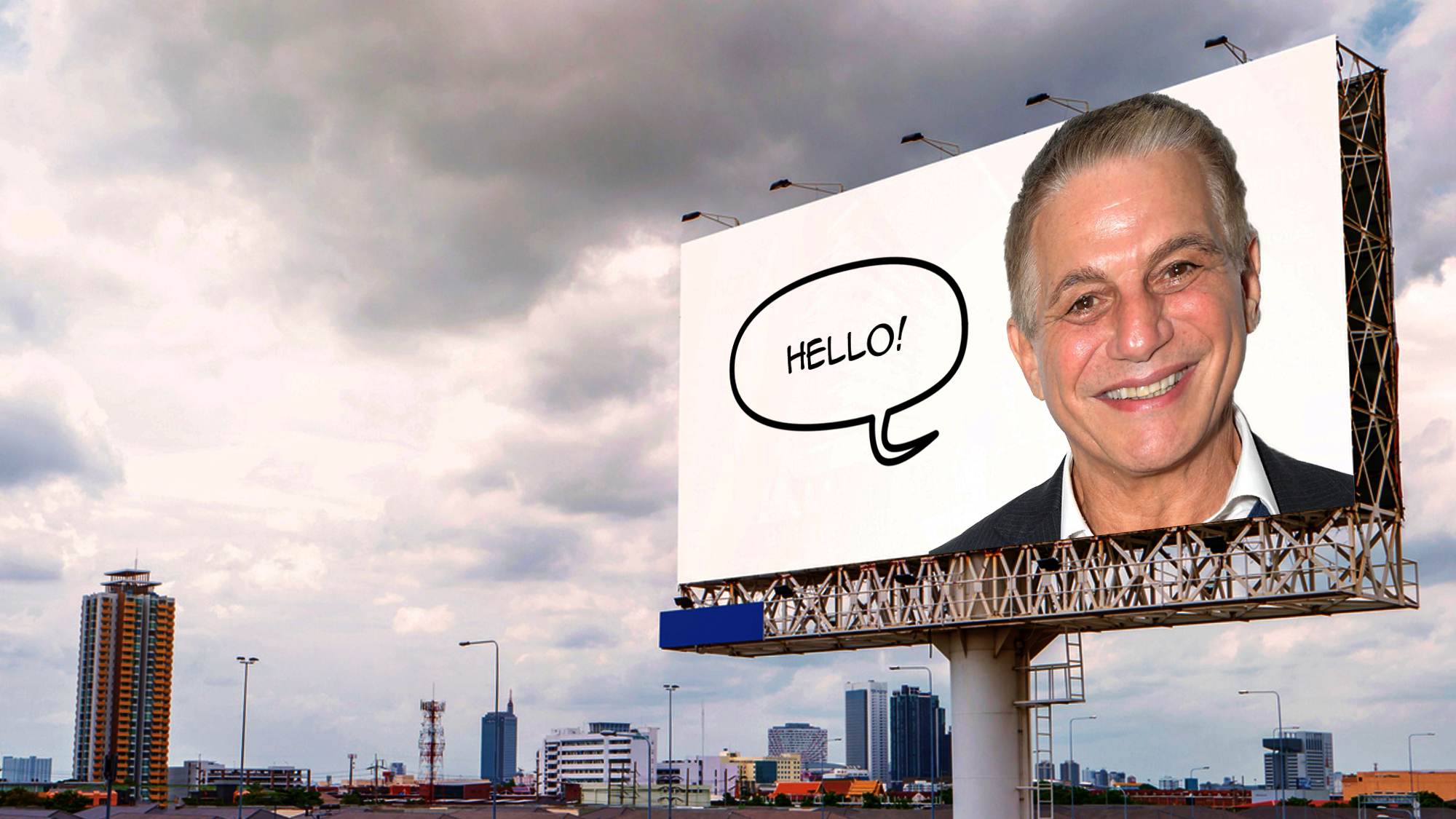 Well, huh. Can’t say we totally understand what the Who’s The Boss star is doing, but it seems like it’s at least making him pretty happy: Tony Danza has taken out a billboard in central Pennsylvania with a picture of his face that just says “hello!”

Who the hell knows what he’s on about with this one, but you do you, Tony!

Earlier this week, Pennsylvania residents reported the appearance of a new billboard along Interstate 80 outside of State College displaying nothing but the close up face of Tony Danza with a speech bubble extending from his mouth saying, “Hello!” The billboard also features a small message in the right hand corner that says “Billboard Paid For By Tony Danza,” which unfortunately gives us pretty much zero idea of why Tony took out the billboard or what it’s supposed to mean.

This certainly doesn’t make any sense, but it’s not the craziest thing to ever happen. Whatever brings you joy is alright with us, Mr. Danza.

To make things even more puzzling, several eyewitness reports confirmed that yesterday afternoon a Kia Soul pulled over beside the billboard on the side of the highway and Tony Danza got out of the vehicle. He proceeded to wave to the billboard and yell “Hello!” at it before getting back into the car through the passenger side and saying, “Step on it, driver!” However, because there was no one else in the car, Tony then slid over into the driver’s seat before continuing east with a huge grin on his face while nodding his head as though he was listening to an awesome rock song, even though he wasn’t.

You know what? Sure. We can just let Tony Danza have this…whatever the hell it is.

While Tony Danza has not addressed what compelled him to take out the billboard or if there’s any significance in its location, earlier this morning, he posted a tweet stating “Hope you like it!” and many fans are considering this Tony Danza’s way of telling them to enjoy the billboard, even though the tweet does not actually reference it in any way. If you ask us, the tweet doesn’t actually bring clarity to the situation, but if you’re a Tony Danza fan and you want to take that post as a sign that you should drive to the middle of Pennsylvania to say “hello” to the billboard yourself, we’re not gonna stop you. Have at it!

Alright then! We have absolutely no idea what the hell Tony Danza’s up to, but it seems like he really knows what he’s doing so who are we to question it! Live it up, brother!