Not Their Best: 5 Episodes Of ‘House’ Where House Diagnosed Someone With ‘Ugly Face Disease’ And Spent The Rest Of The Episode Drinking Soda 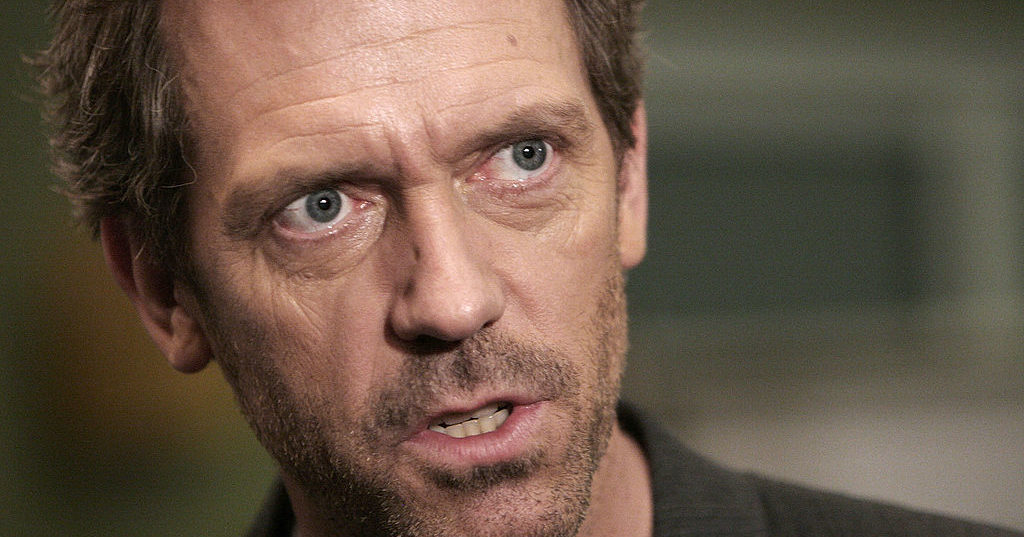 The much beloved hospital drama House, M.D. was known for the intricate, Sherlock Holmesian plotting of its medical mysteries, but not all of its episodes lived up to that standard. Here are 5 episodes of House where the writers just had House diagnose somebody with something he called “ugly face disease” and then spend the rest of the episode drinking soda.

1. The one where Dr. Foreman asked House’s opinion on a bus driver who collapsed on the job and House just said he probably had “ugly face disease” before walking 3 miles to a 7-Eleven for Fanta

This season two episode of House started out strong — a bus driver was wheeled into the emergency room after he collapsed at a red light, forcing a passenger to drive the bus to the hospital. Dr. House’s colleague, Dr. Foreman, quickly got tests underway and speculated that the driver might have a rare blood disorder that reacted with the unusually hot weather outside. Unfortunately, things took a turn at that point when House burst into the room yelling “No, no, no, no, NO!” and shoved Foreman aside. Fans of House’s diagnostic genius expected a moment of brilliance from the moody doctor, but instead he took one look at the sick man in the hospital bed and said, “I’ve got five words for you: he has ugly face disease. The one disease you can’t cure.” Before Foreman could say anything in response, House turned on his heel, left the room, and walked straight out of the hospital. The next 40 minutes of the episode followed him as he walked along a six-lane highway until he reached a 7-Eleven, where he bought twelve bottles of Fanta and sat outside on the curb drinking them one by one.

2. The one where Dr. House ended a national controversy over a young mother on life support by pulling the plug and writing down her cause of death as “ugly,” all while chugging Coke out of a limited-edition Big Gulp thermos

In this episode from season three, a national controversy erupted over the life of a young mother in a vegetative state at the Princeton-Plainsboro Teaching Hospital. Some of House’s staff maintained that she showed signs of consciousness while others argued that the ethical decision would be to take her off life support. A crowd of reporters was gathered at the patient’s bedside when House walked in holding an enormous Justin Bieber-themed Big Gulp, took one look at her, turned to Dr. Cuddy, and said, “Well, she really looks like shit, huh?” He then grabbed the plug to her life support machine and pulled it out of the wall while slurping Dr. Pepper out of the Big Gulp in his other hand. House then addressed the doctors and reporters present, saying “You want a quote from me? Here’s one: She was so ugly it made her die. What can you do?” After several minutes of silence, everyone started filing quietly out of the room until the episode ended.

3. The one where Dr. House wouldn’t leave the vending machine to go examine a dying senator covered in an unexplained rash, saying the rash was probably caused by the man’s “ugly ass face”

This disappointing season three episode began on a shot of House kicking a hospital vending machine until three Pepsis fell out while several of his coworkers desperately tried to get his attention. A New Jersey senator had just been brought into the hospital with strange lesions all over his body and rapidly declining mental faculties. House just shook his head the entire time Dr. Wilson was briefing him on the case; then, the famously prickly doctor said, “Let me stop you right there. If any of you had even one working brain cell, maybe you would have thought of it yourselves: if he has an ugly rash all over his ugly face he’s probably dying of ugly face disease. Give him three Advil and send him to the morgue. Now get the fuck out of here. I’m thirsty for SODA!” By the time House was finished with his speech, a nurse came in to announce that the senator had died. At that point, rather than going to document the senator’s time and cause of death, House yelled “Well, that’s lunch!” as the camera followed him to the parking lot, where he sat in his car drinking soda until the screen faded to black.

4. The one where Dr. House put a bag over the head of a lady who was clearly giving birth and then went to the break room to put mentos in a 2 liter bottle of Coke

Even die-hard House lovers admit that the show really missed the mark on this season four finale, in which a childhood friend of Dr. Cuddy came into the hospital not knowing she was seven months pregnant. House walked into the room where Cuddy was treating the woman for abdominal pain and instead of examining her, threw a paper grocery bag over her head while saying “Oohwee! Smells like ugly in here!” When Cuddy protested that her friend was clearly in distress, House just gave her the finger and said, “Fine, let me run some tests.” The next several minutes were spent on a montage of House blowing up bottles of Coke in the break room using a roll of Mentos, after which the episode dropped the pregnancy storyline entirely.

5. The one where Dr. House saved one twin brother who had been poisoned by a rare shampoo ingredient but said the other twin had “big ugly mug syndrome” before puking Sprite all over the place

It looked as though this season six episode was setting up for an emotional climax when two teenage twins came into the hospital near death from an apparent poisoning. After Dr. Wilson and Dr. Cuddy had tested several hypotheses to no avail, House made the shocking decision to take a lock of one twin’s hair to the lab for study. The twins’ parents sighed with relief when House returned with the test results and a smirk on his face, but unfortunately he administered an antidote to only one twin before pointing to the other’s face and saying, “Not much you can do for that whole situation, if you know what I mean. I’m talking about how he’s ugly,” while the boy flatlined. House then retched for a minute before vomiting up several bottles worth of Sprite all over the floor. Fans and critics alike agree that this was one of the worst House episodes of all time.