Not Their Best: The San Diego Zoo Has Unveiled A New Exhibit That’s Just 15 Bees In A Field 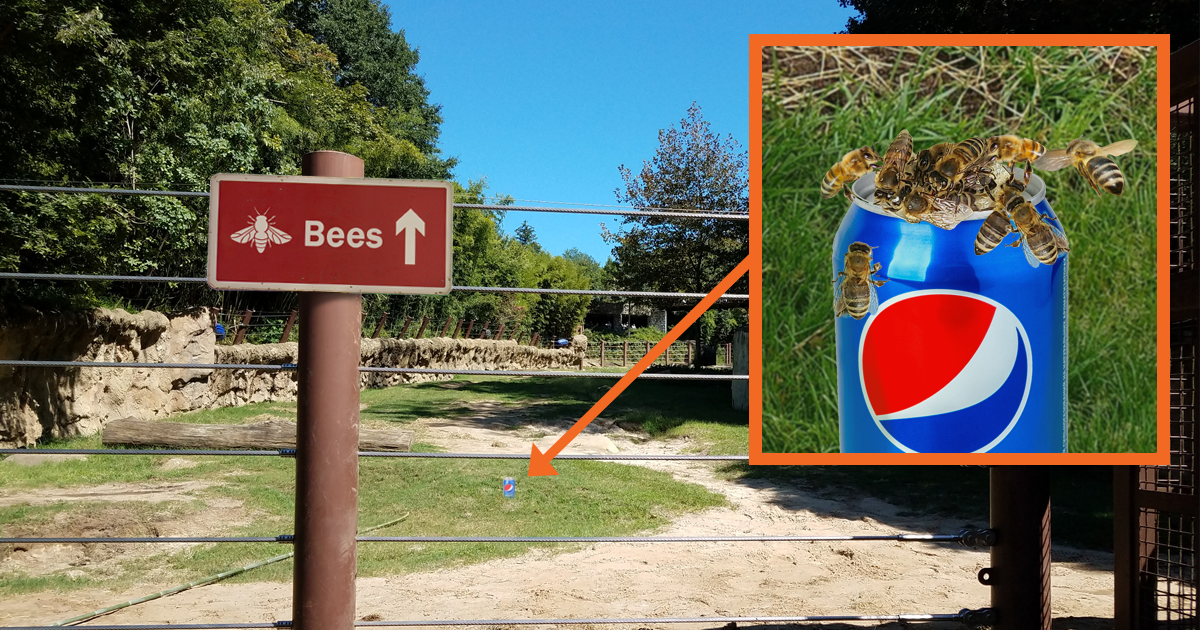 The San Diego Zoo is widely known as one of the best zoos in the world for its naturalistic habitats and rare animal exhibits, but its newest attraction doesn’t quite live up to the establishment’s reputation: The San Diego Zoo has unveiled a new exhibit that’s just 15 bees in a field.

When the San Diego Zoo announced they’d be opening up a new acre-sized space for wildlife, rumors swirled that the Zoo might be getting a new big cat enclosure or re-adding its famous giant pandas. Unfortunately, though, despite the zoo’s other, much more impressive listings like harpy eagles and Galapagos tortoises, this new exhibit is merely a dilapidated field containing fifteen incredibly common, run-of-the-mill bees you could see by any dumpster in North America. To make matters worse, the bees largely tend to congregate by a discarded Pepsi can that’s sitting on the ground several feet into the field—a display that’s only visible if visitors look through the stationary binoculars by the enclosure’s entrance, and even then it’s honestly still pretty hard to see.

Yikes. Did they fail to secure a lynx and just throw this together at the last minute or something?

It’d be one thing if this were a close-up presentation of thousands of bees where you could see how they work together in a hive, but it’s pretty clear the Zoo knows this exhibit doesn’t have much to offer, because even the explanatory plaque beside it just reads, “Bees: A bug found most places.” Although the Zoo is definitely trying to salvage things by selling tickets to an “event” every Sunday evening during which a zookeeper tosses a new half-empty Pepsi into the field, which then causes most of the bees to swarm over the new can from the old one, it’s unlikely that anyone, even someone who really loves bees, would be excited by that.

Yeesh. Here’s hoping the San Diego Zoo gets its act together and just replaces this attraction entirely, because this field of bees is definitely not up to par. If you were planning on visiting the Zoo this summer, maybe hold off on your trip until they sort this out.