Not Their Best Work: Boston Dynamics Has Engineered A Microwave That Can Get Tired 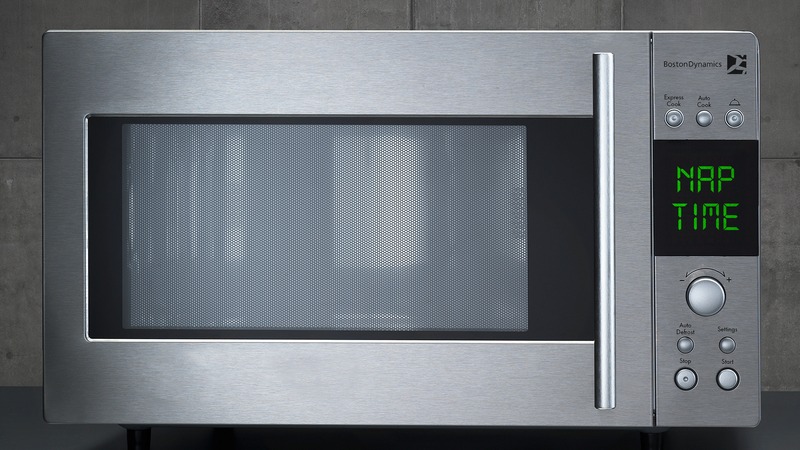 Boston Dynamics—the company behind such amazing projects as the BigDog military robot and DI-Guy human-simulation software—is known for being at the forefront of the robotics field. But its latest offering is pretty underwhelming given its impressive history of cutting-edge achievements in robotic technology: Boston Dynamics announced earlier today that it has engineered a microwave that can get tired and sometimes goes to bed.

Oh well. They can’t all be winners!

The project, dubbed DrowsyWave, is the result of tireless research by a highly specialized team of Boston Dynamics engineers who set out to achieve one goal: to make a microwave oven that experiences the feeling of being tired and needs to sleep just like a human being does. After over a year of work, the engineers had their first major breakthrough. “Our test microwave groaned out a yawn midway through reheating a chimichanga and shut down,” said head researcher Elanor Nguyen. “It was clear from monitoring its systems that it had actually gotten tired and needed a little shut-eye. We are ecstatic to announce that this microwave is capable of feeling exhaustion, and can even start gasping for breath after completing strenuous microwaving tasks.”

Nguyen went on to say that the DrowzyWave tired microwave is capable of begging for sleep if kept awake or working for too long and that it audibly groans in agony when a user puts something frozen in it because it doesn’t have the energy to cook anything for too long. All in all, it’s kind of an underwhelming accomplishment with unclear applications to the field of robotics, but even a company as cutting-edge as Boston Dynamics is allowed to swing and miss every now and then.

There’s no doubt about it: The microwave that can get tired is not something that Boston Dynamics should feel particularly proud of. Maybe we expected a little more from the company who brought us a badass quadruped combat robot that can carry 350 pounds of gear over rough terrain, but cut Boston Dynamics some slack. They have a pretty impressive track record of making awesome stuff besides microwaves that need to rest all the time.