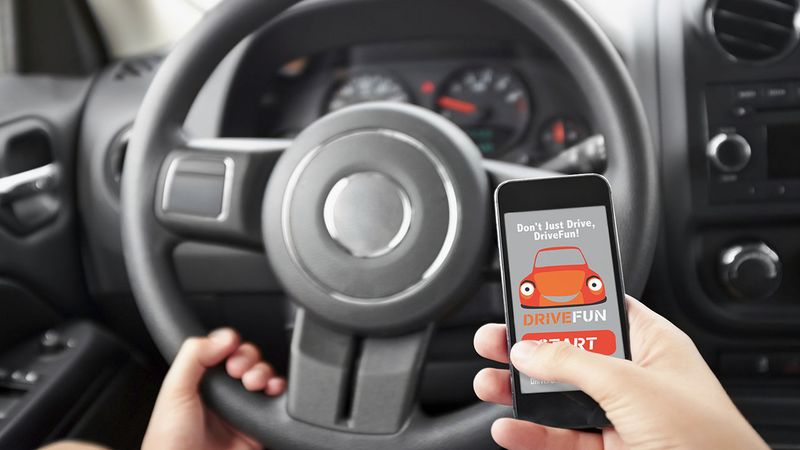 Everyone knows driving around from place to place can get to be a boring, monotonous chore, but for anyone with an iPhone, that’s all about to change! Introducing DriveFun: a brand new app that can entertain users for hours while they’re on the road.

All users have to do is download DriveFun to their iPhones, sign in through Facebook, and they’re ready to go! Once activated, users can start earning DriveFun achievement badges based on personal driving style, including “School Zone Sprinter,” “5x Swerve Combo,” and “Nice Air!”

DriveFun is the brainchild of UCLA computer science graduate student Justin Hodge, who got fed up with being so bored on his daily drive to campus and came up with an innovative solution.

“Before DriveFun, the only thing to do while driving was to stare at the blank road ahead and mess with the radio from time to time,” Hodge said. “But now with this new app, users can constantly feel engaged while driving, whether they’re using their speedometer to take a selfie with our ‘SpeedSelfie’ software or shooting out text messages to get to the top of our ‘Most Texts While Driving’ community board.”

“Plus with mini-games like ‘Who Drove Faster?’ and ‘Yellow Light Blitz,’ users will have no reason to use any other app while driving,” Hodge added. “DriveFun has it all!”

Hodge went on to hint that his team was hard at work on a more social DriveFun update that would automatically engage in FaceTime any time a user drives within 100 feet of another person using DriveFun.