Nowhere To Run: Jason Chaffetz Just Opened Up His Dishwasher And A Horde Of Angry Constituents Spilled Out 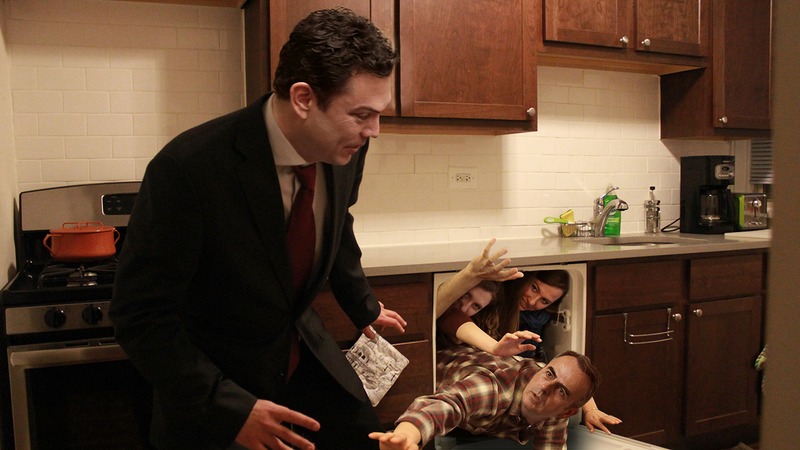 As chairman of the House Oversight Committee, Republican U.S. Rep. Jason Chaffetz has been slammed by constituents at fiery town hall meetings, upset with his refusal to challenge President Donald Trump’s hard-line agenda and potential ethics violations. Up until now, the Utah representative has assumed he was safe from enraged voters while far away in Washington, but that has all changed after a chilling moment in his DC home: Jason Chaffetz just opened up his dishwasher, and a horde of angry constituents spilled out, yelling at him to do his job.

It’s a sign of how low Trump’s approval ratings have fallen when even Republicans in typically safe red states have to worry about angry Americans crawling out of their appliances.

The Utah congressman was reportedly trying to get a clean drinking glass when he opened the dishwasher, accidentally unleashing dozens of voters who immediately began chanting, “Investigate Trump,” and waving signs with messages like “Don’t Take My Healthcare.” A trembling Chaffetz began slowly backing away and trying to placate the constituents by saying that the GOP was hard at work developing a healthcare plan that would satisfy all Americans. While retreating, his back bumped into the refrigerator, which swung open to release another mass of booing protesters, prompting Chaffetz to flee the kitchen in terror.

After diving into a bathroom and locking the door, Chaffetz breathed a deep sigh of relief, believing himself finally free of having to explain himself to Utah residents. Then an ominous rumbling emerged from Chaffetz’s toilet, and 12 drenched constituents blasted out in a massive geyser and asked the congressman to comment on Attorney General Jeff Sessions’ recusal from the Russia investigation. Sources say that Chaffetz then emitted a high-pitched shriek, recommended that voters check out his website if they had any policy questions, and dove out of the window in a panic, landing in his bushes next to a group of furious Utah voters, who immediately began questioning him on what the House Oversight Committee is even for if not to investigate conflicts of interest and potential collusion with a foreign power.

If Chaffetz wants to win these constituents over, he’ll have to address their concerns about Trump’s agenda. Otherwise the congressman might have to deal with impassioned Utah voters springing out of every cabinet and drawer he touches for the next two years.