Olympics Disaster: Women’s Figure Skating Had To Share The Olympic Rink After Being Double-Booked With A 7-Year-Old’s Birthday Party 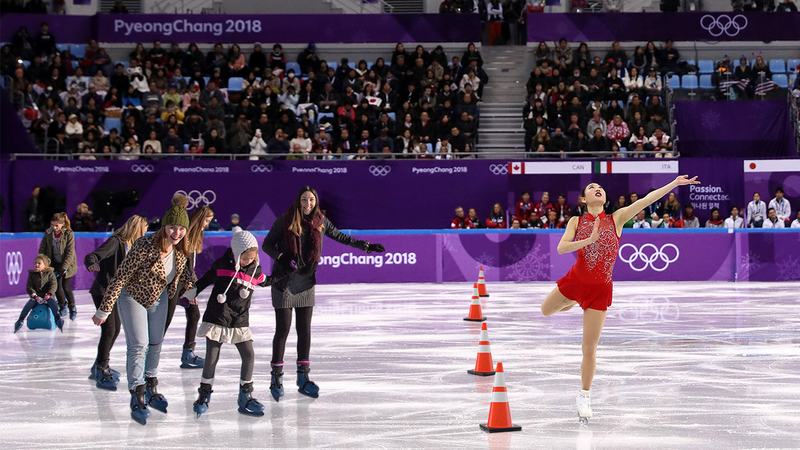 Since the figure skating teams events wrapped up this Sunday at the Winter Olympics at PyeongChang, all eyes are now on the individual figure skating events. However, with those competitions fast approaching, an unexpected scheduling error threw last night’s competition into chaos: The short program for women’s figure skating was forced to share the Olympic rink after being double-booked with a 7-year-old’s ice skating birthday party.

Wow. For athletes who have trained their whole lives for this moment, this must be absolutely devastating.

Just moments before the Olympic skaters took the ice for the women’s singles skating program, representatives of the International Olympic Committee announced that the competition would take place concurrently with the seventh birthday party of Columbus, Ohio resident Ethan Dunn. Ethan’s party included 20 of his closest friends, thus ensuring that the world’s top figure skaters had no choice but to perform the most important routines of their lives on an ice rink full of children.

“Unfortunately, while we issued repeated reminders to the young attendees of Ethan’s birthday party to remain on their side of the ice, many of them just started wandering all over the rink and interfered with many skaters’ short programs,” said Thomas Bach, head of the IOC, in a press conference this morning addressing the mayhem of last night’s competition. “We apologize to the world-class skaters who were forced to weave through a crowd of 6- and 7-year-olds while they attempted to pull off their triple lutzes in front of millions of fans across the globe, and offer an extra apology to American skater Mirai Nagasu, whose final score was diminished after she tripped over a kid who was scooting around the ice on his stomach.”

Wow, kudos to all 30 athletes who participated in the short-form event last night for handling this extra obstacle. Hopefully, the next time someone’s mom decides to put down a deposit for a skate-themed birthday party, the IOC will make sure that it doesn’t conflict with the Winter Olympics’ most beloved sport!