On Every Anniversary Of The Moon Landing, My Thoughts Always Turn To That Horse Neil Armstrong And I Jettisoned Out Of The Airlock 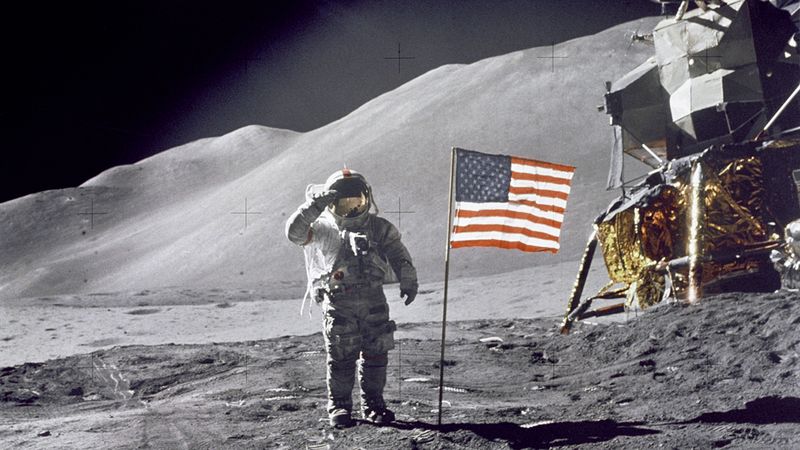 On July 20, 1969, Neil Armstrong and I made history by becoming the first human beings to walk on the moon. It was an incredible day, not just for Neil and myself, but for all mankind—a marriage of technology and human courage that I will always look back on and be proud of. And so today, as on every anniversary of the moon landing 45 years ago, my thoughts turn to that Apollo 11 mission and the horse that Neil Armstrong and I jettisoned out of the airlock on the way there.

It was the second day of the mission and we were en route to the moon. Neil and I were silently gazing out the window of the spacecraft, and all of a sudden, Neil looked at me, then looked at the horse, and said, “Hey Buzz, let’s launch the horse.”

And I turned to Neil, and I said, “Neil, that’s the best idea you’ve ever had. Let’s launch this fucking horse into the goddamned void.”

We pressed on, because if you have what it takes to fly hundreds of thousands of miles from Earth to the goddamned moon, you sure as hell can drag one screaming horse 10 feet to a spaceship’s airlock.

So Neil and I got up, and we grabbed the horse, and we started dragging it toward the airlock. This was zero gravity, so all three of us—me, Neil, and the horse—were floating around during the whole thing, which made it easier to drag the horse across the Apollo 11 command module and toward the airlock. The horse was kicking his legs around, breaking a bunch of computer terminals and knocking things over, but Neil and I didn’t care. We pressed on, because if you have what it takes to fly hundreds of thousands of miles from Earth to the goddamned moon, you sure as hell can drag one screaming horse 10 feet to a spaceship’s airlock. Looking back on it, it was actually pretty easy.

The next thing I knew, it was time to stuff the horse into the airlock. Neil and I were shoving him in there, and the horse was screaming, and the other guy that was with us was yelling, “No, no, no! Don’t launch the horse!” but we said, “Shut the fuck up for a second, and just let us jettison this horse into the infinite blackness of outer space.”

And that’s exactly what we did.

Now, 45 years later, I still think of that horse. I occasionally wonder if that horse’s lifeless body is still drifting across space, and I can’t help but think that, if there are truly lifeforms outside of Earth, what would happen if they ran across the body of a dead horse in space?

There are some things we may never know.